“The depicted mythological and allegorical animals are combined into a kind of theatrical action created by the imagination of me.” Jurita 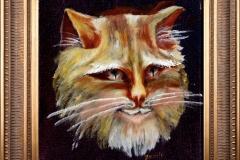 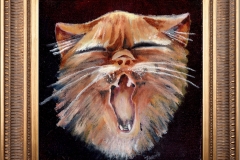 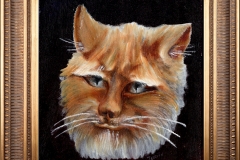 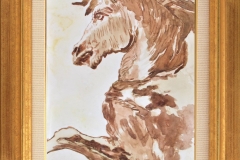 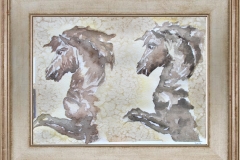 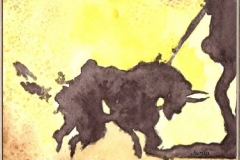 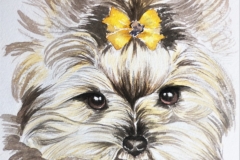 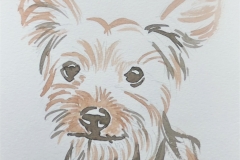 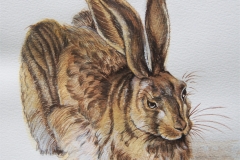 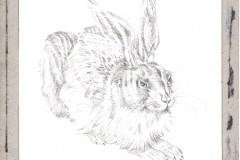 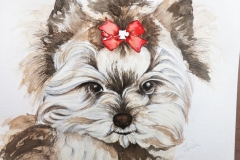 The world of ancient and Christian myths exists in the imagination of the artist inseparably, like some legendary historical past, to scenes from which she gives a dramatic sounding or lyrical character of fairy magic. The depicted mythological and allegorical characters are combined into a certain theatrical action created by the artist’s imagination. The Jurita’s painting is in artistic watercolor on professional watercolor paper.

HORSE IN PROFILE watercolor painting sign by JURITA which is reproduction of the painting_GIOVANNI DOMENICO TIEPOLO VENICE 1727 – 1804 STUDY OF A HORSE IN PROFILE.
The original drawing was sold at auction Sotheby’s in December 4, 2013 in London for 68 thousand pounds (167 x 126mm, pen and brown ink and wash within black ink).

Two Beautiful Wild Horses In Profile Laughing and Surprised brown’s stallions before galloping, jumping. The depicted mythological and allegorical horses are combined into a kind of theatrical action created by the imagination of the artist, striking with an abundance of light and shade.

Beautiful oil on canvas painting of the Cat faces. This is homeless-in-law’s cat. He live in London. So this is little cat’s face in some different life style. His walking around our house sometime. I took photos of her so I could do this. Five to ten percent of homeless people have dogs and/or cats. In some areas of the country the rate is as high as 24%. “We are restless til we rest in God.”-St. Agustine