Harshvardhan Rane is an Indian film actor known for his works in Telugu. He is best known for Thakita Thakita (2010), Prema Ishq Kaadhal (2013) Anaamika (2014). In 2016, he made his Bollywood debut with the movie Sanam Teri Kasam (2016 film) which received mixed reviews.

During the day 04-09-2019 when Rane with the friends working in Lady Ju Gallery as model of famous designer.

Harshvardhan Rane gives so many energy and positive emotion to artist, so in this day Jurita created flowers painting and give title “Harshvardhan’s Rane life”. 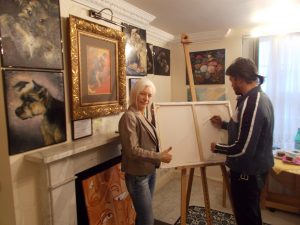 “Jurita
Best wishes!
Thank you for supporting a cause,
and helping people… people like you
make the world a better place.
Harsh”

Signature Description:
Signed on the back of the picture to the right side, in the middle, at an angle of 40 degrees relative to the horizontal. The signature is made in large capital letters with a size of 0.7 mm – 1.2 cm, in English, with a black marker.

So, by lucky meeting, Jurita’s flowers became a rarity and became as part of private family collection of artist Jurita. 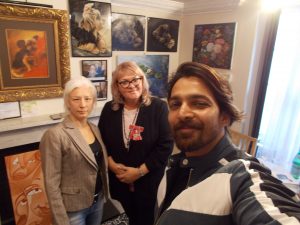 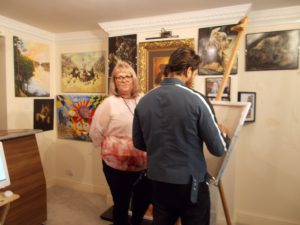 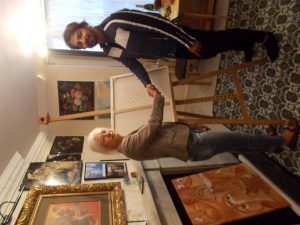