“Water Lilies” is one of the work from a “Harshavardhan Rane series” of approximately 10 oil paintings by British artist Jurita (1966). 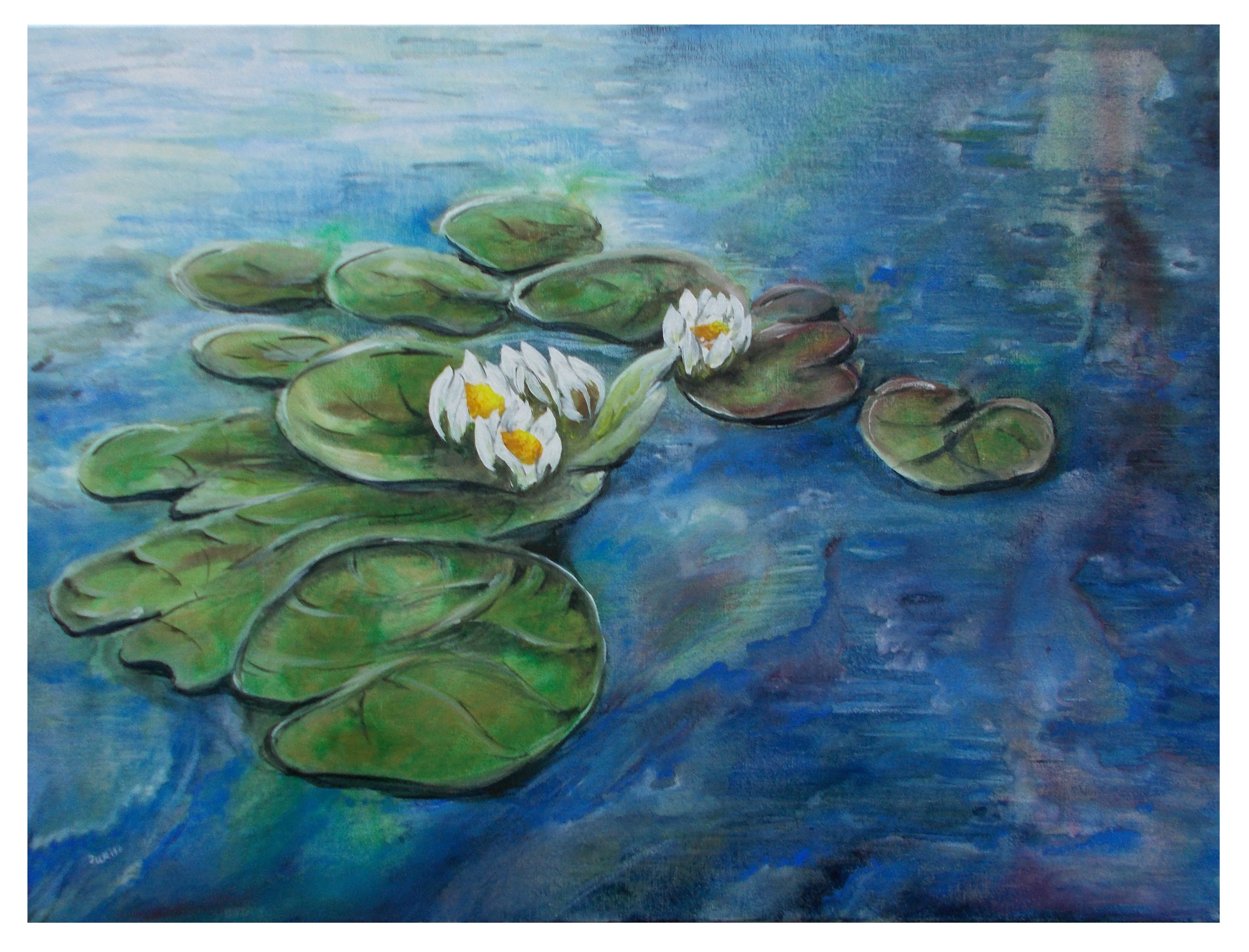 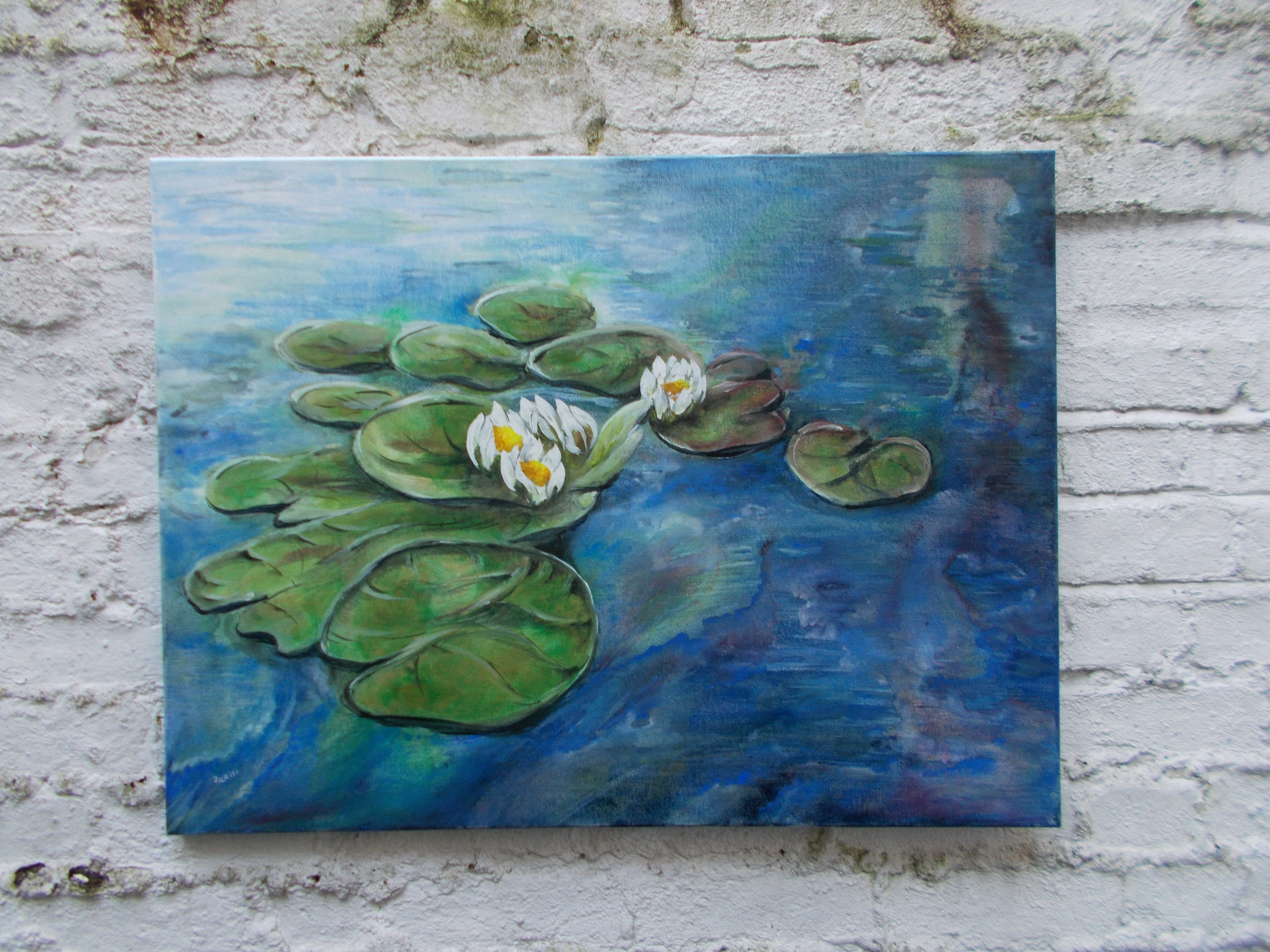 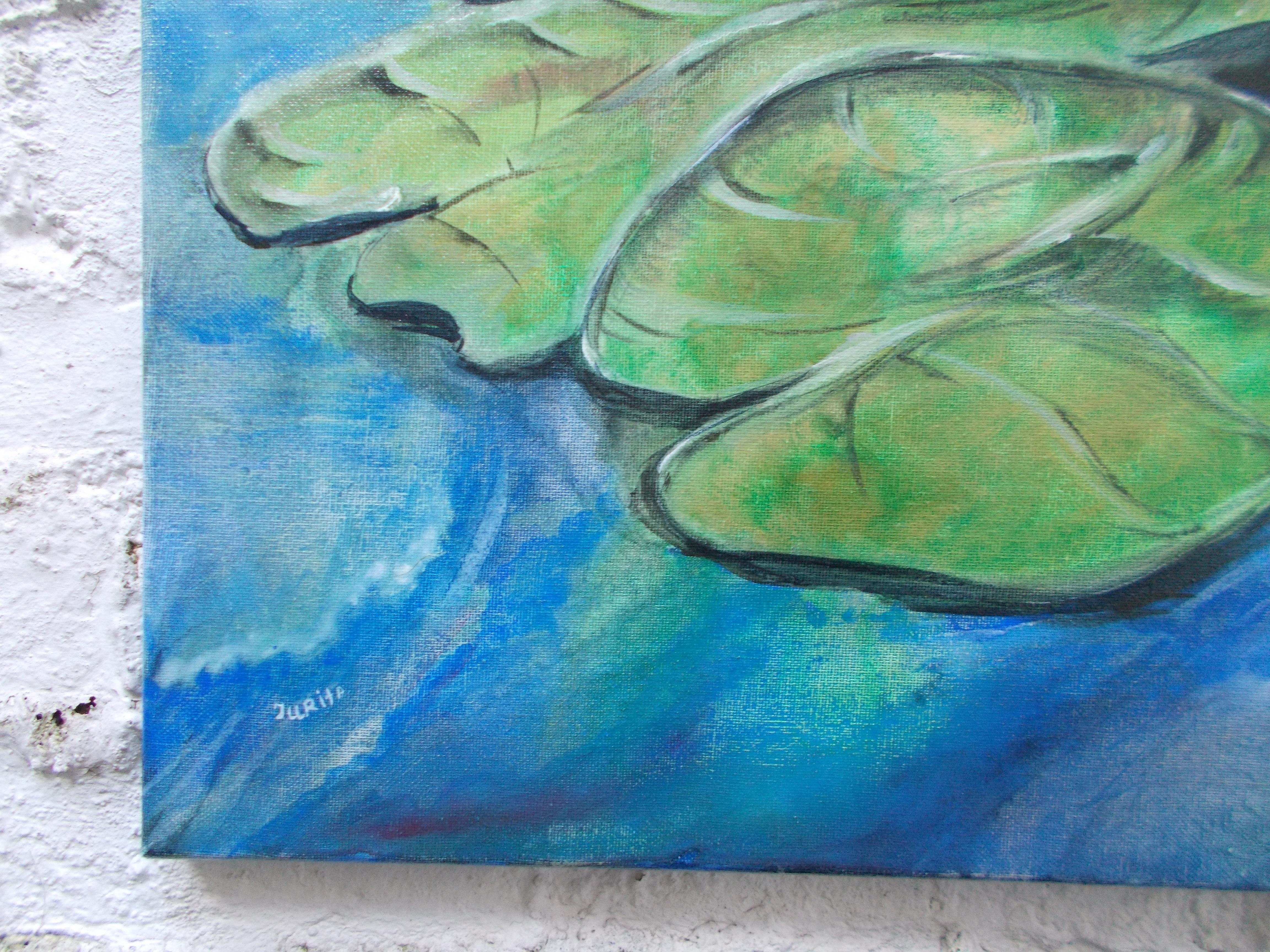 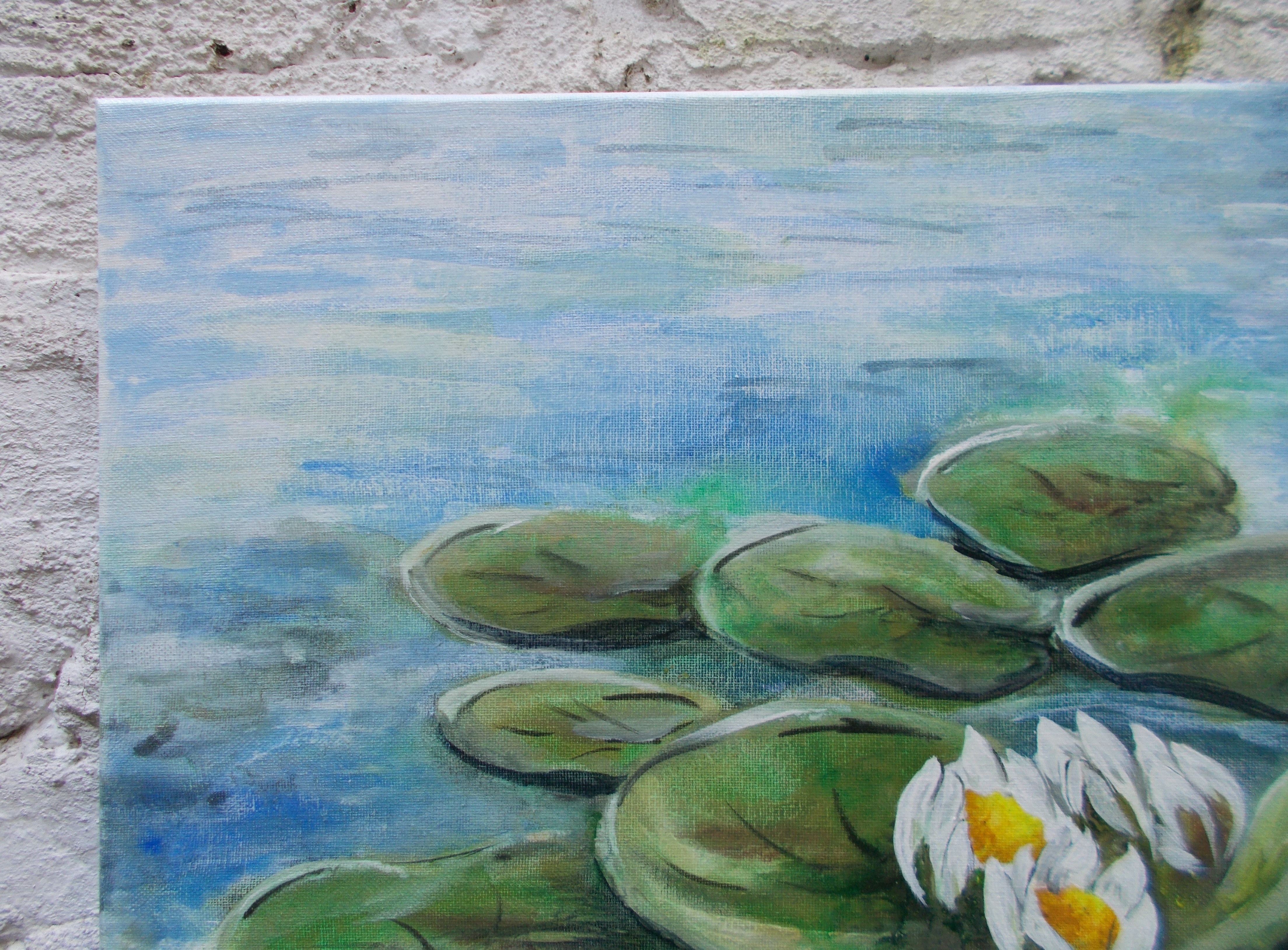 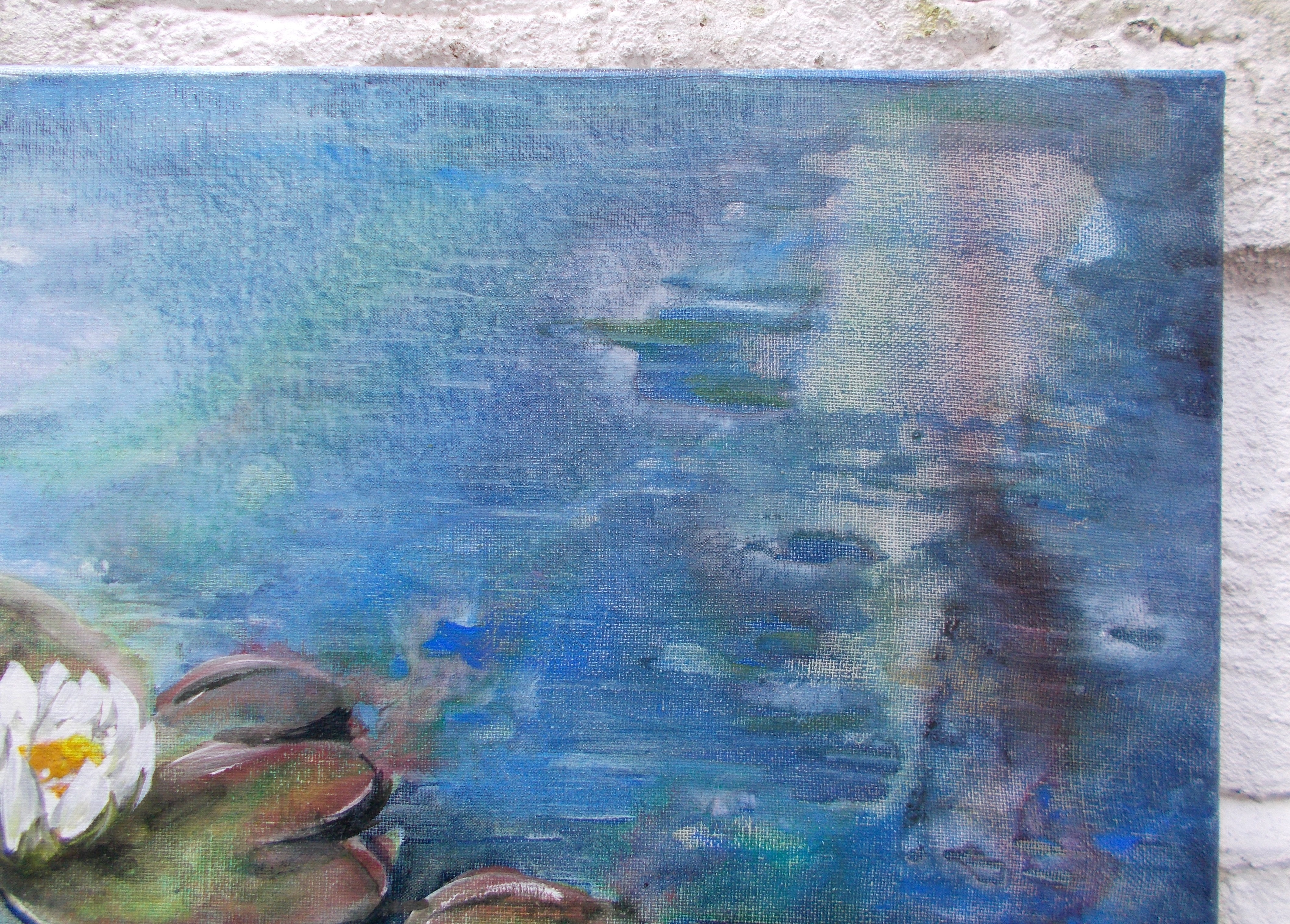 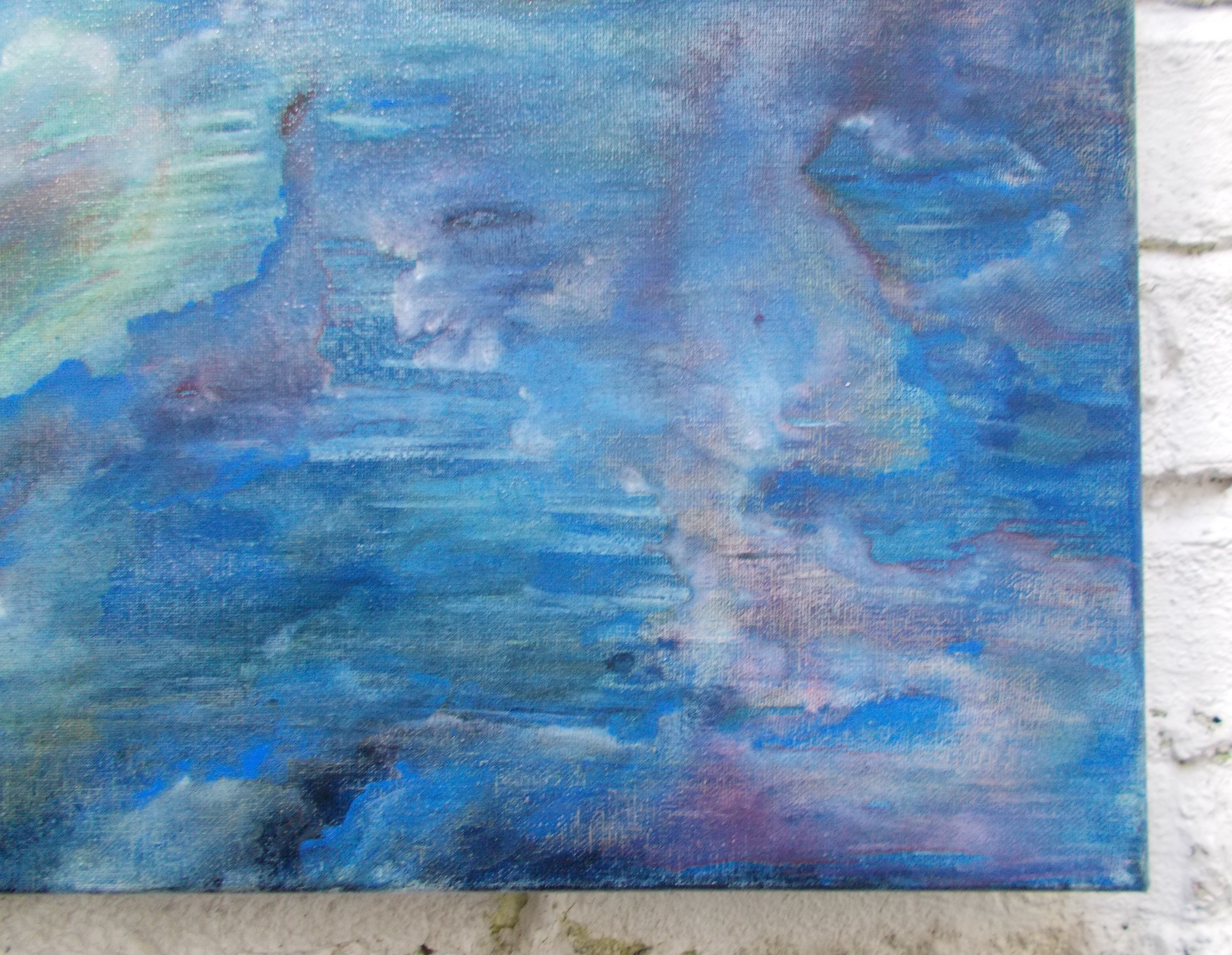 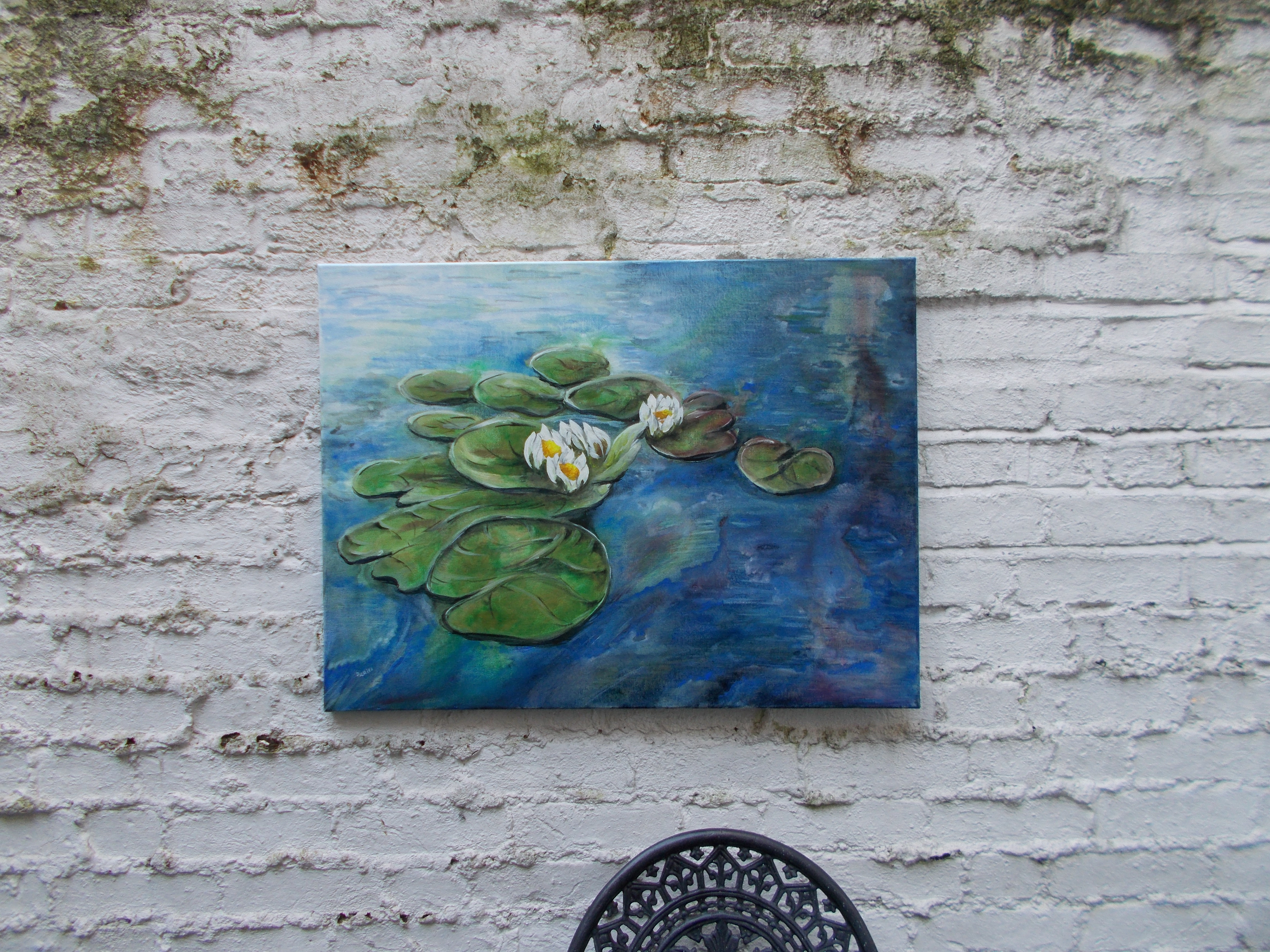 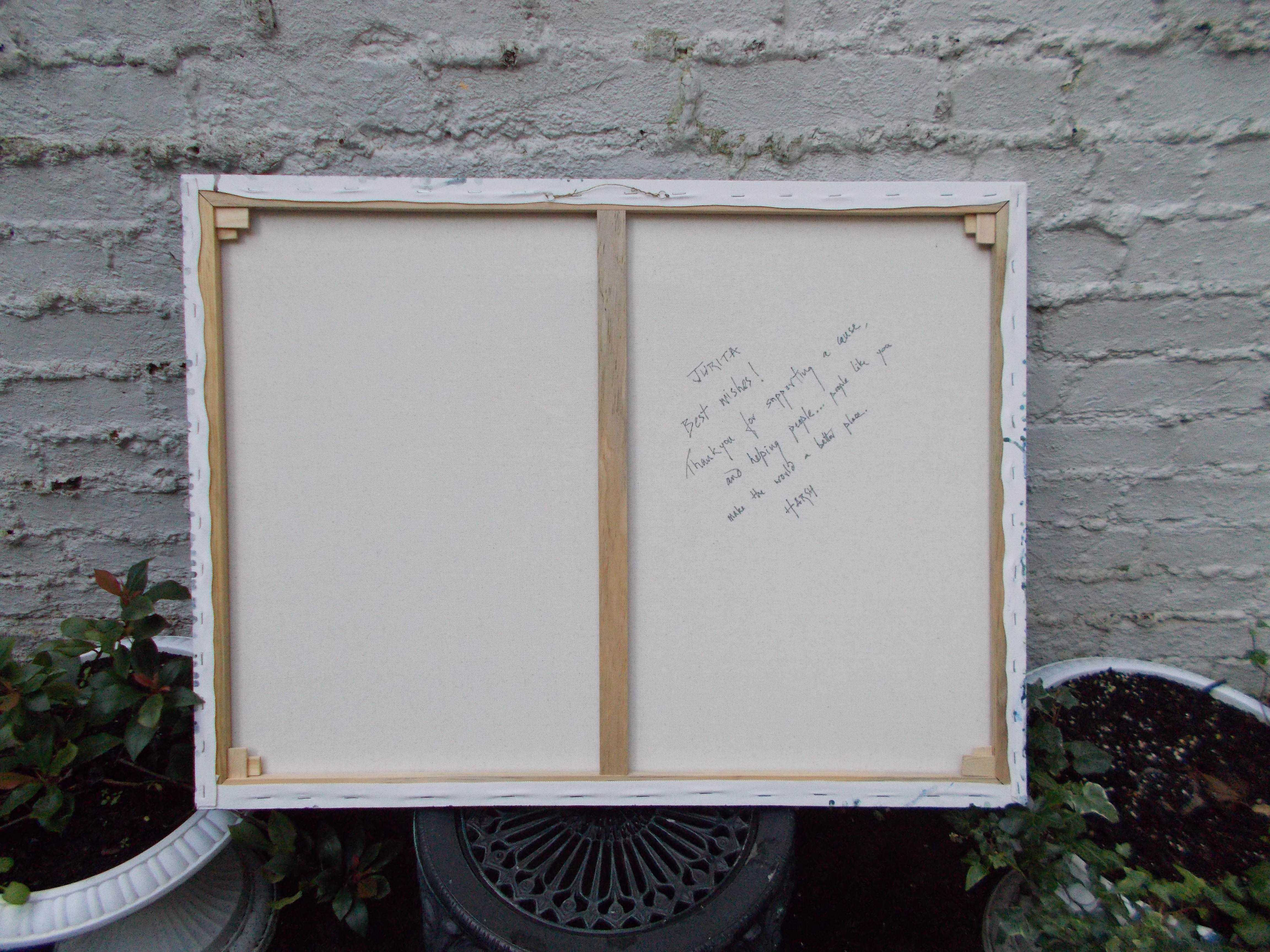 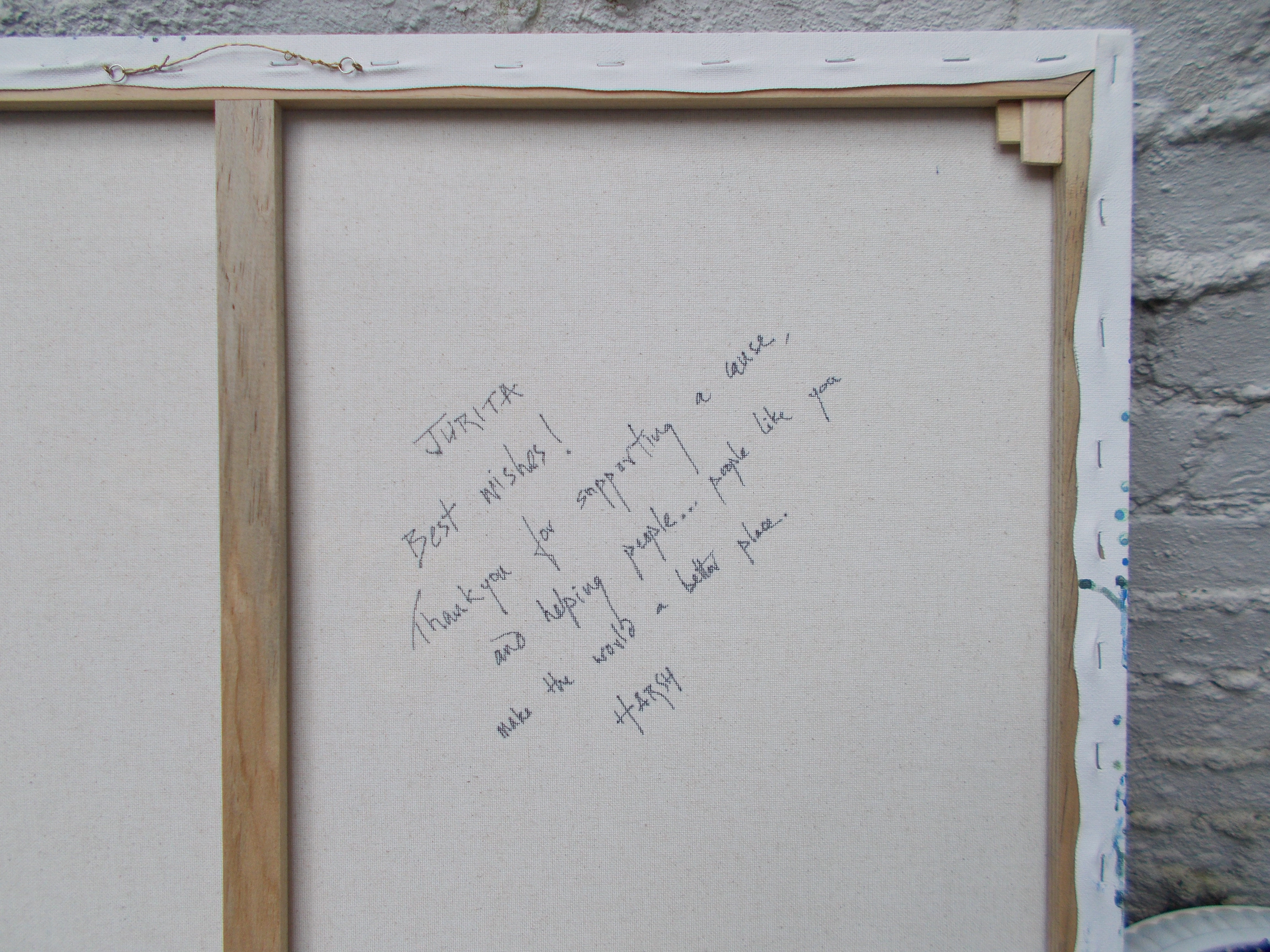 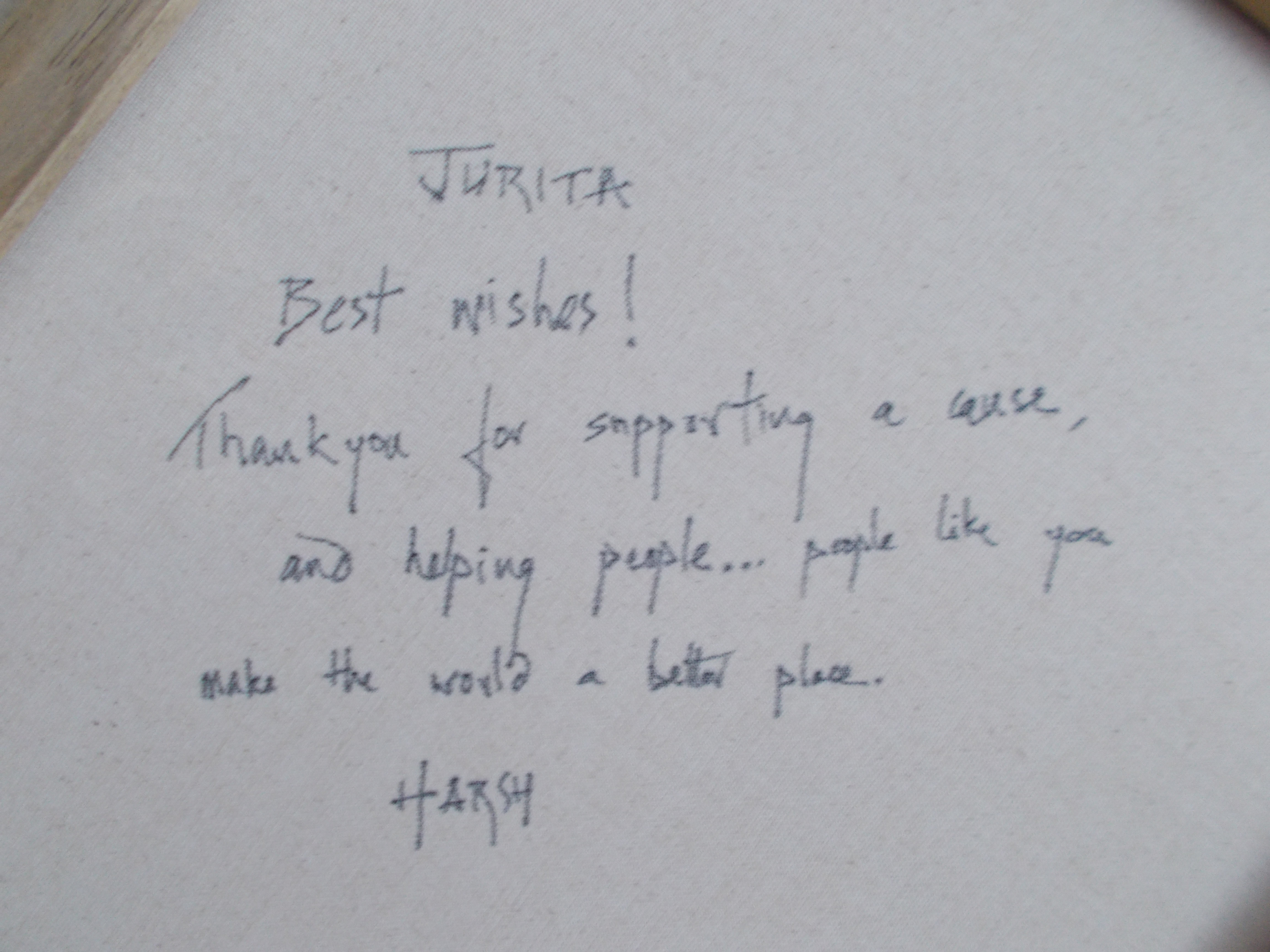 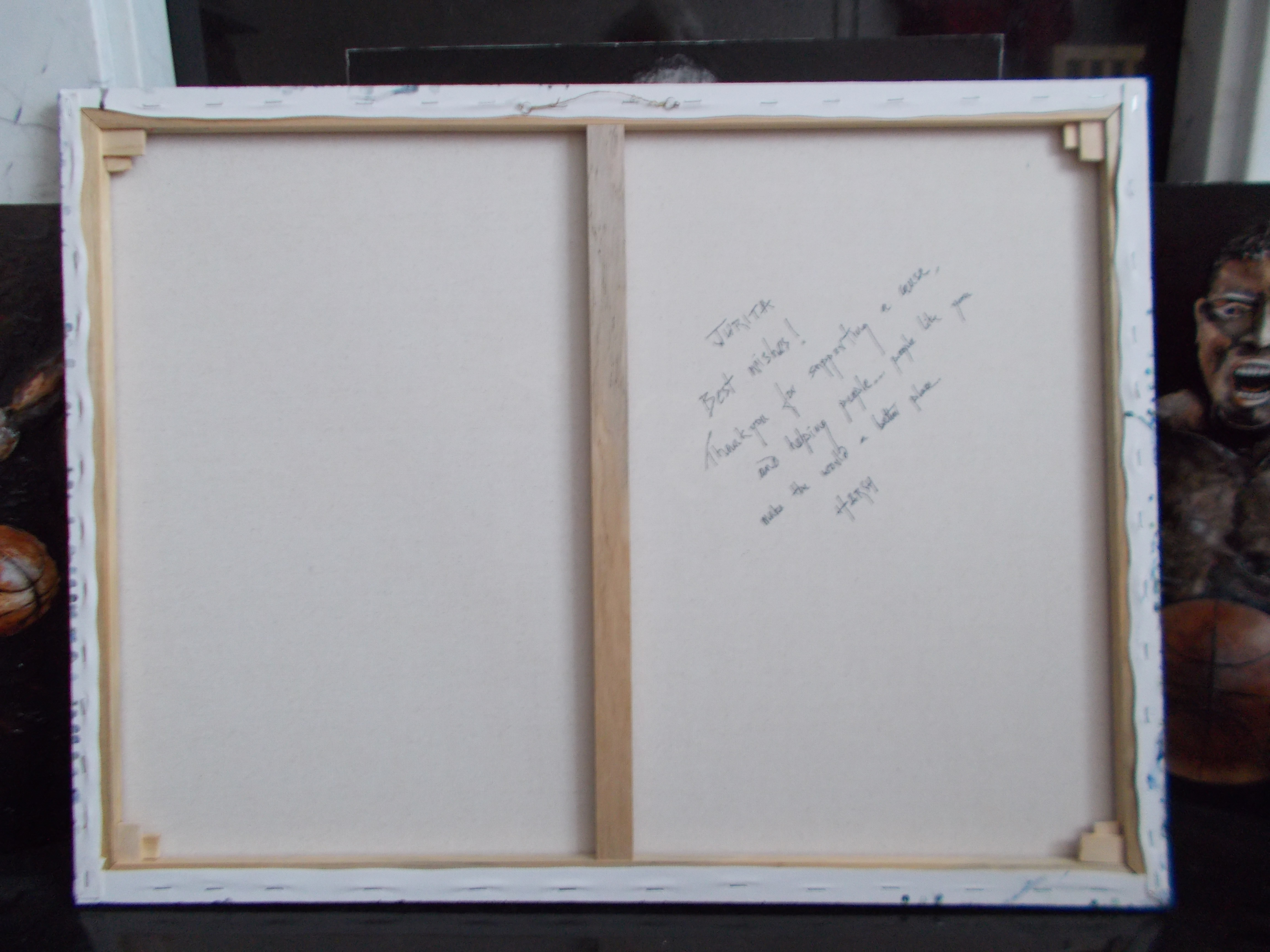 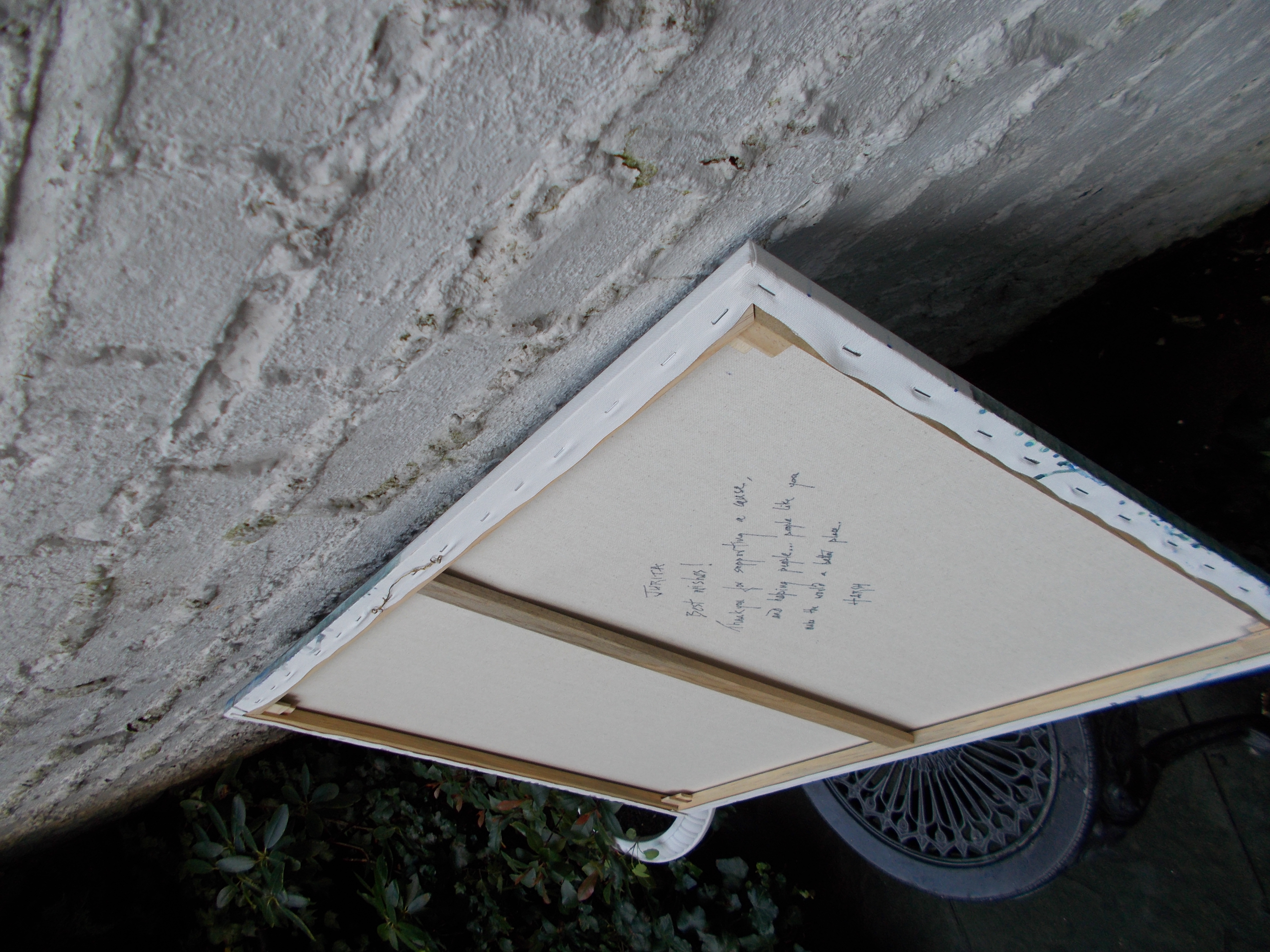 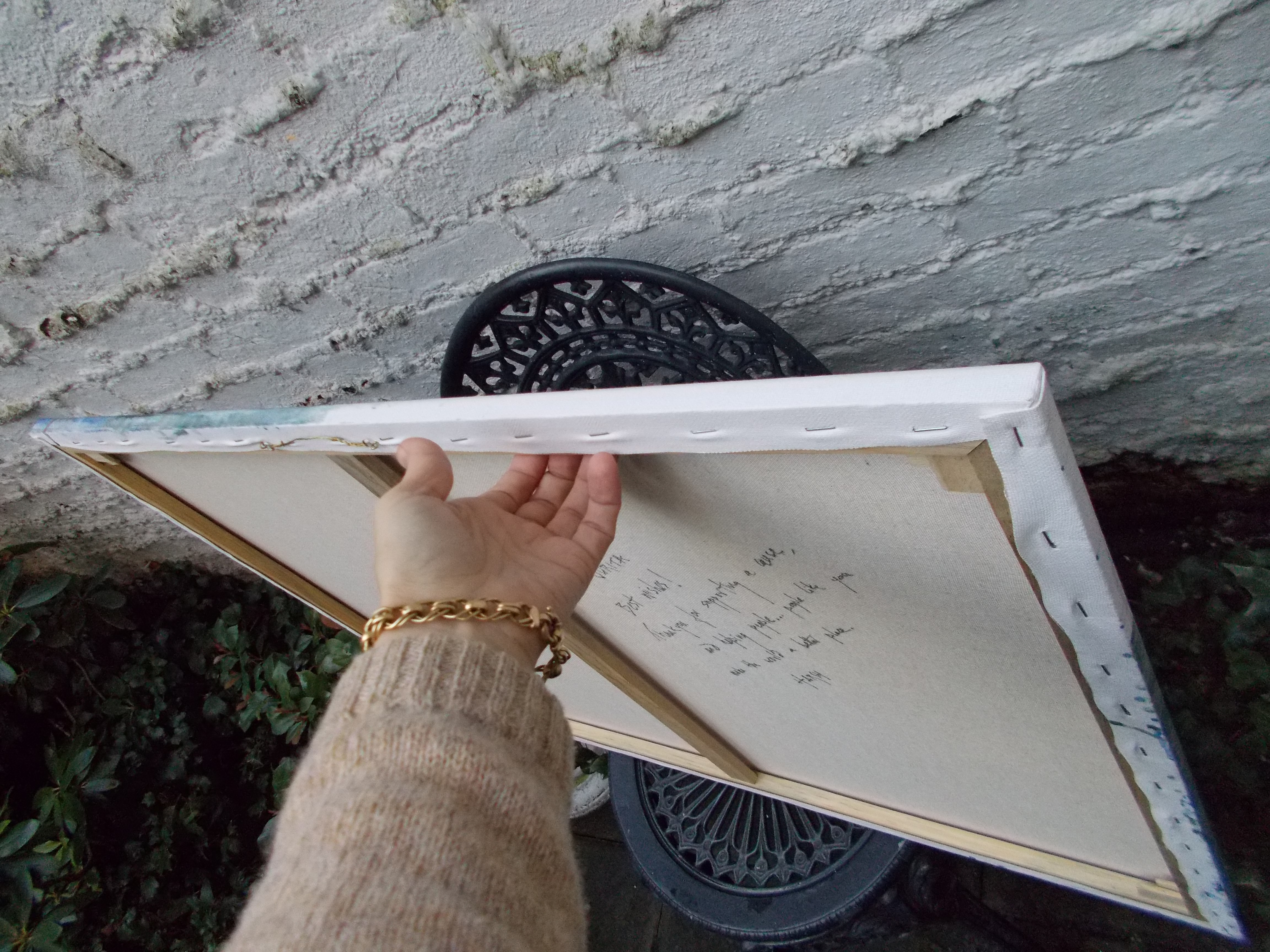 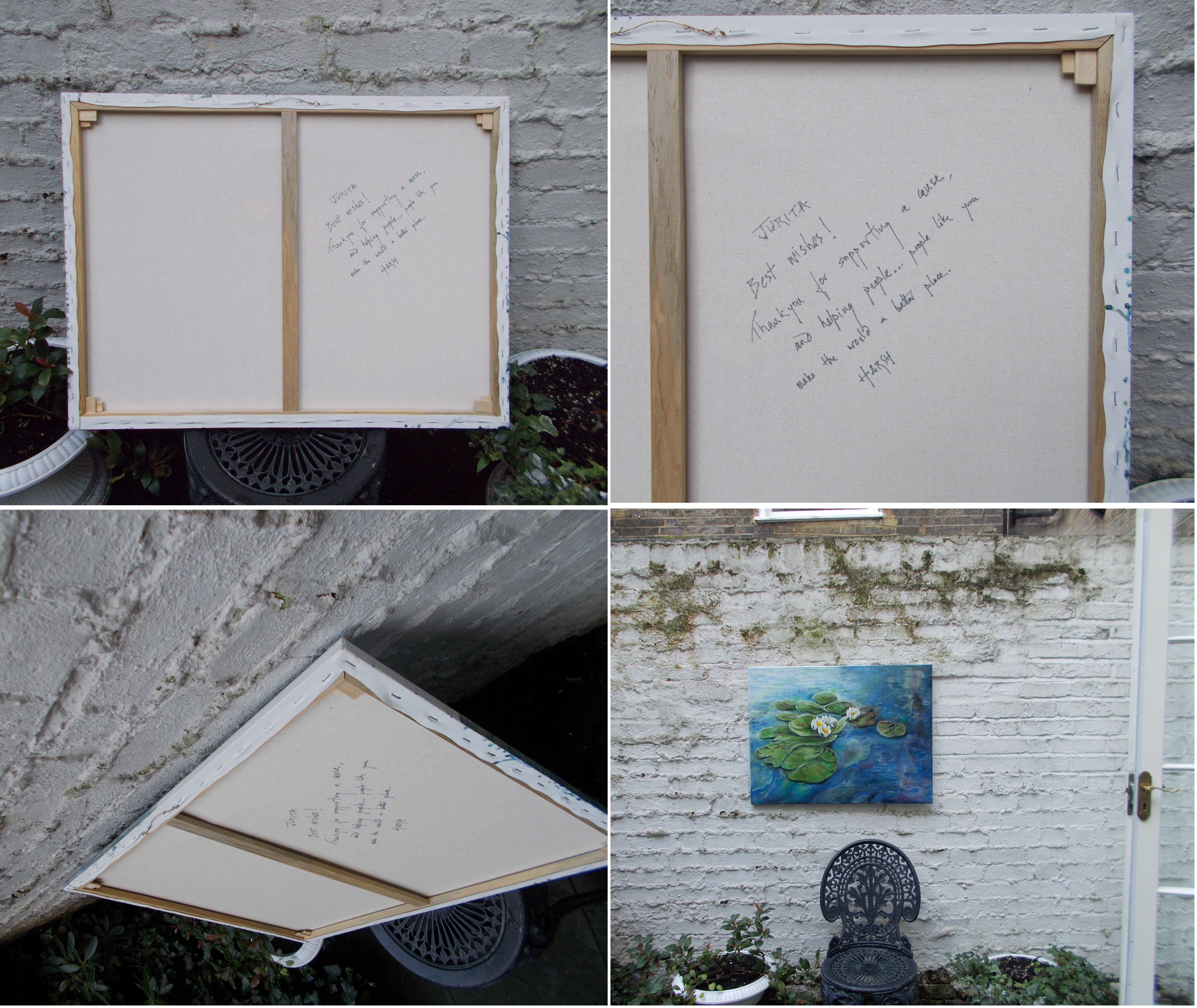 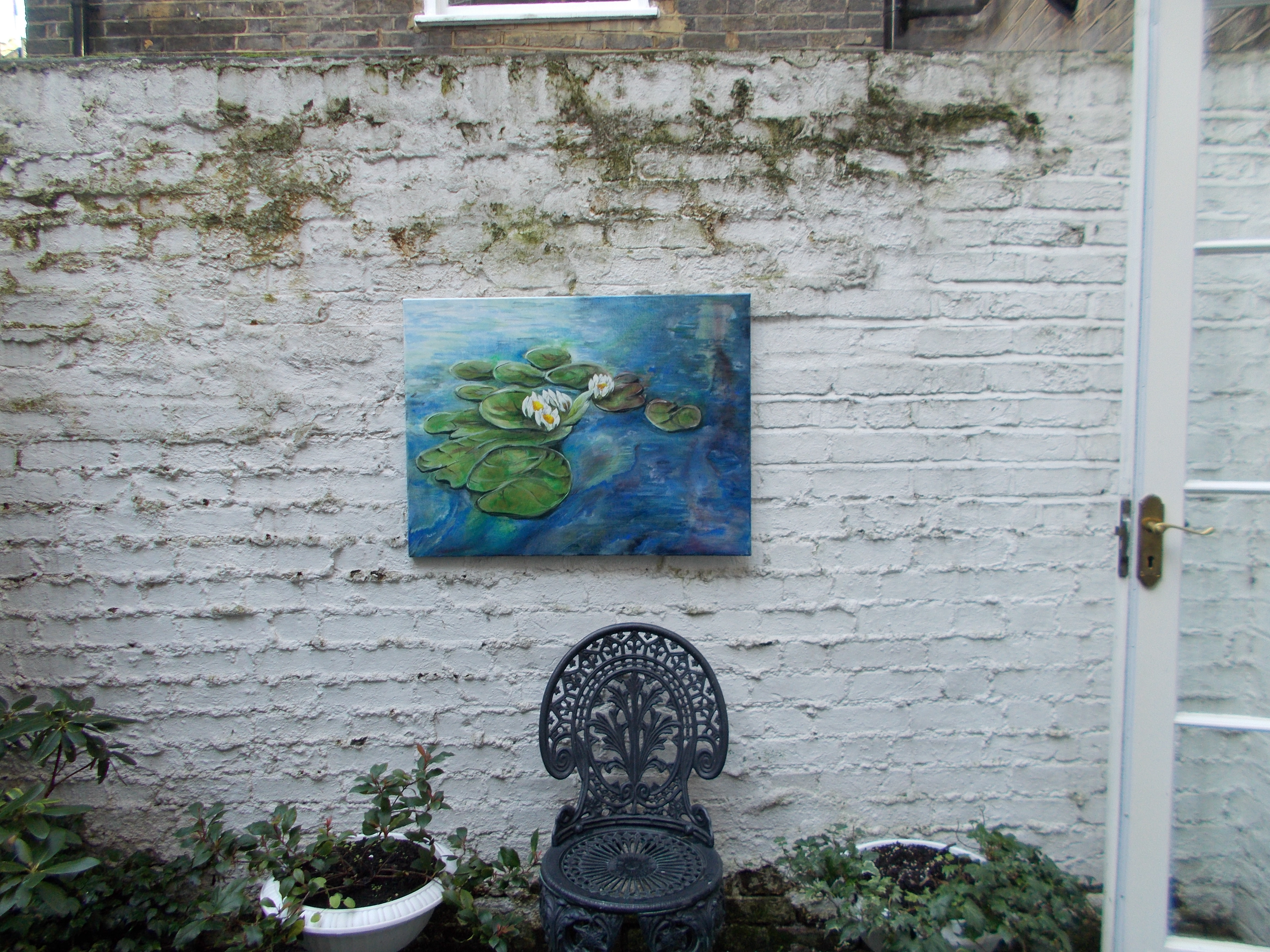 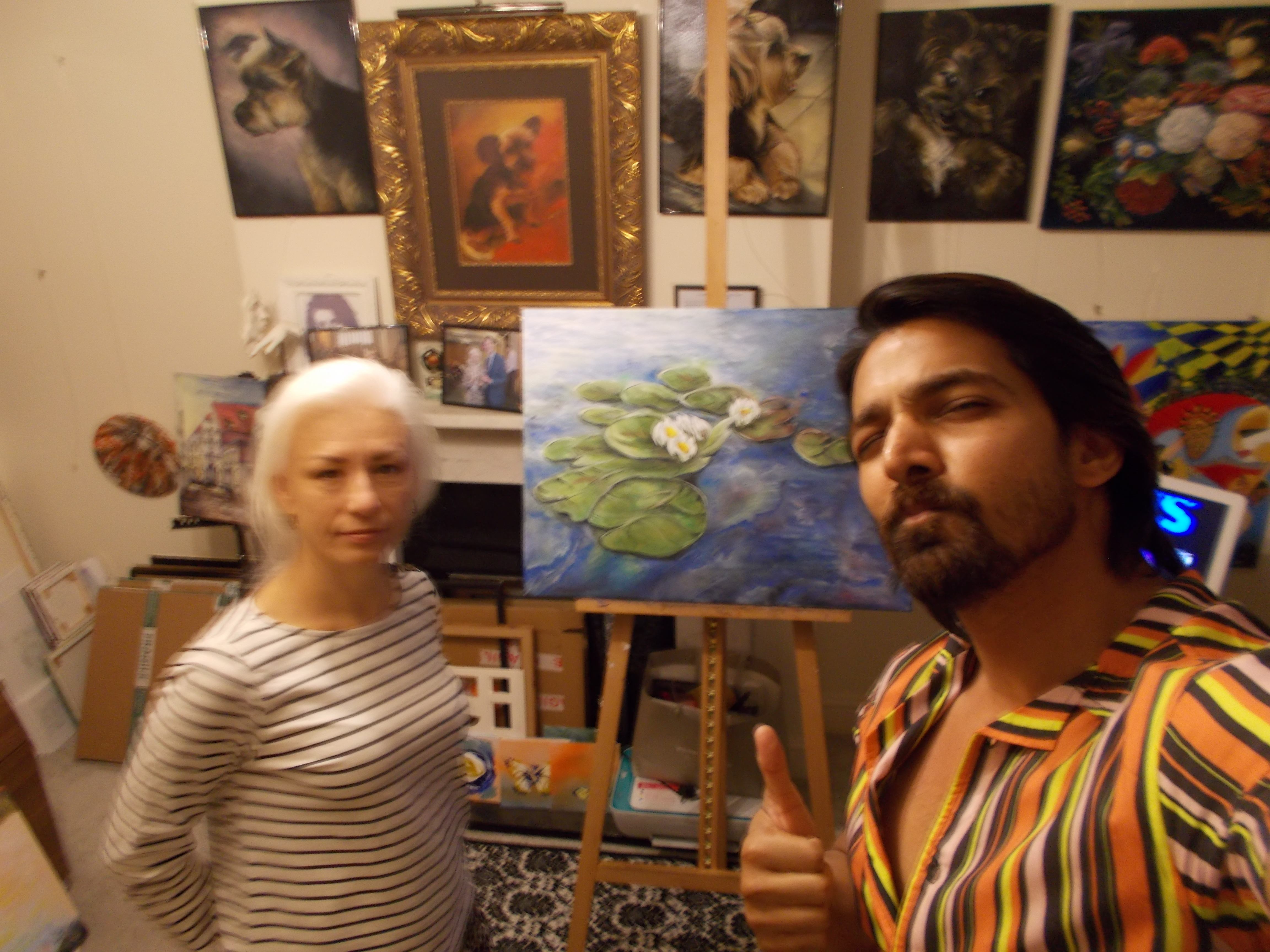 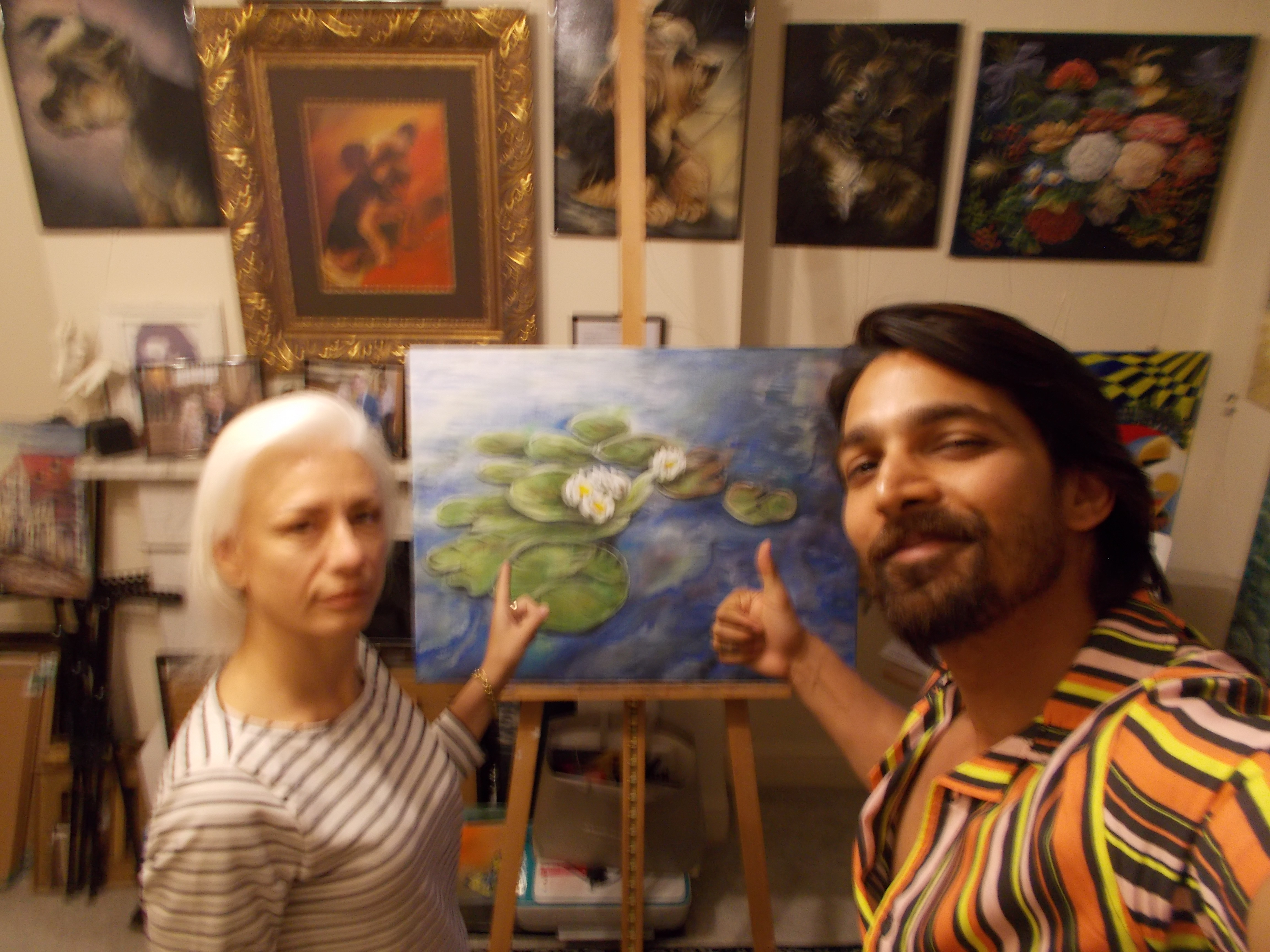 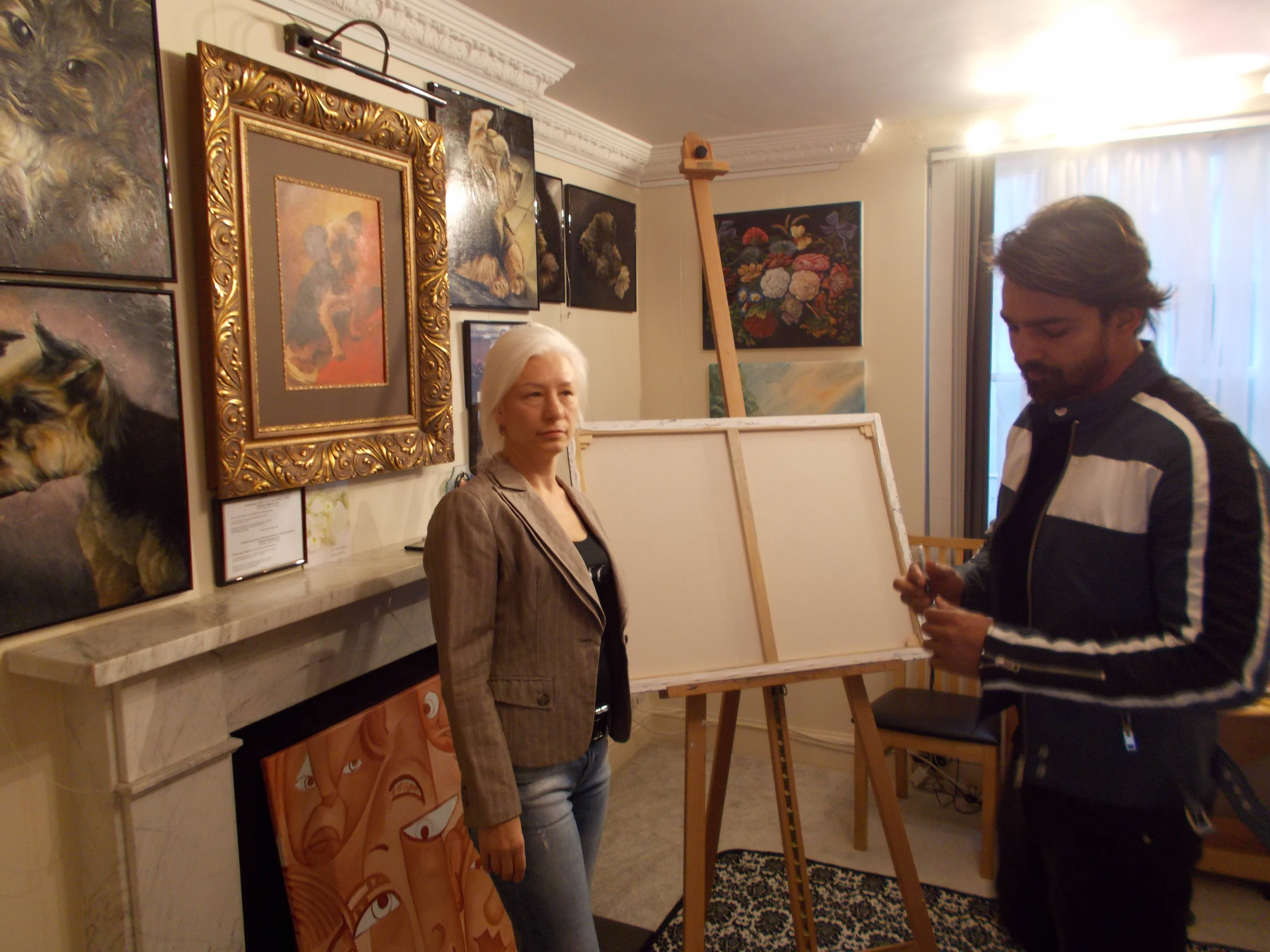 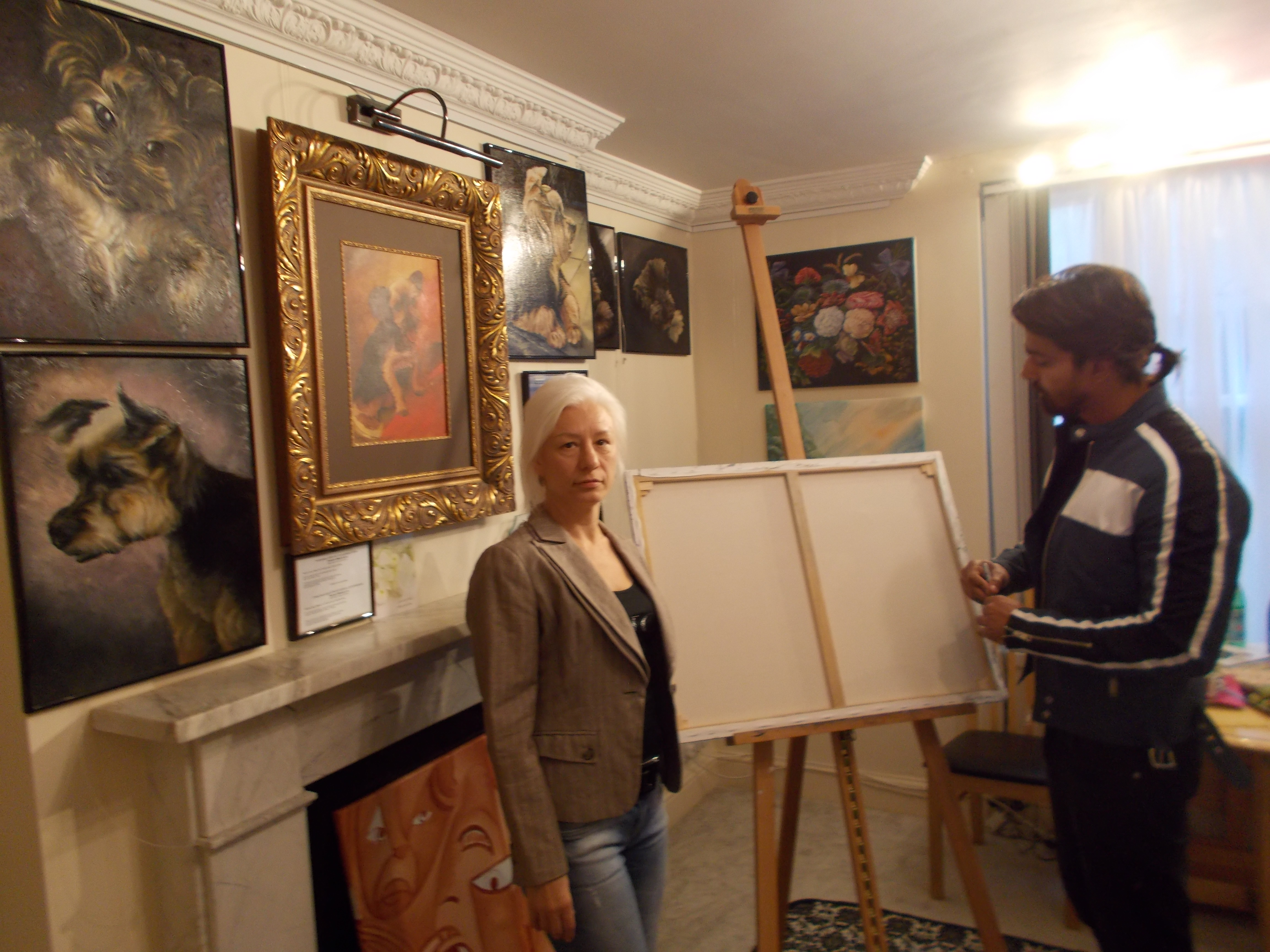 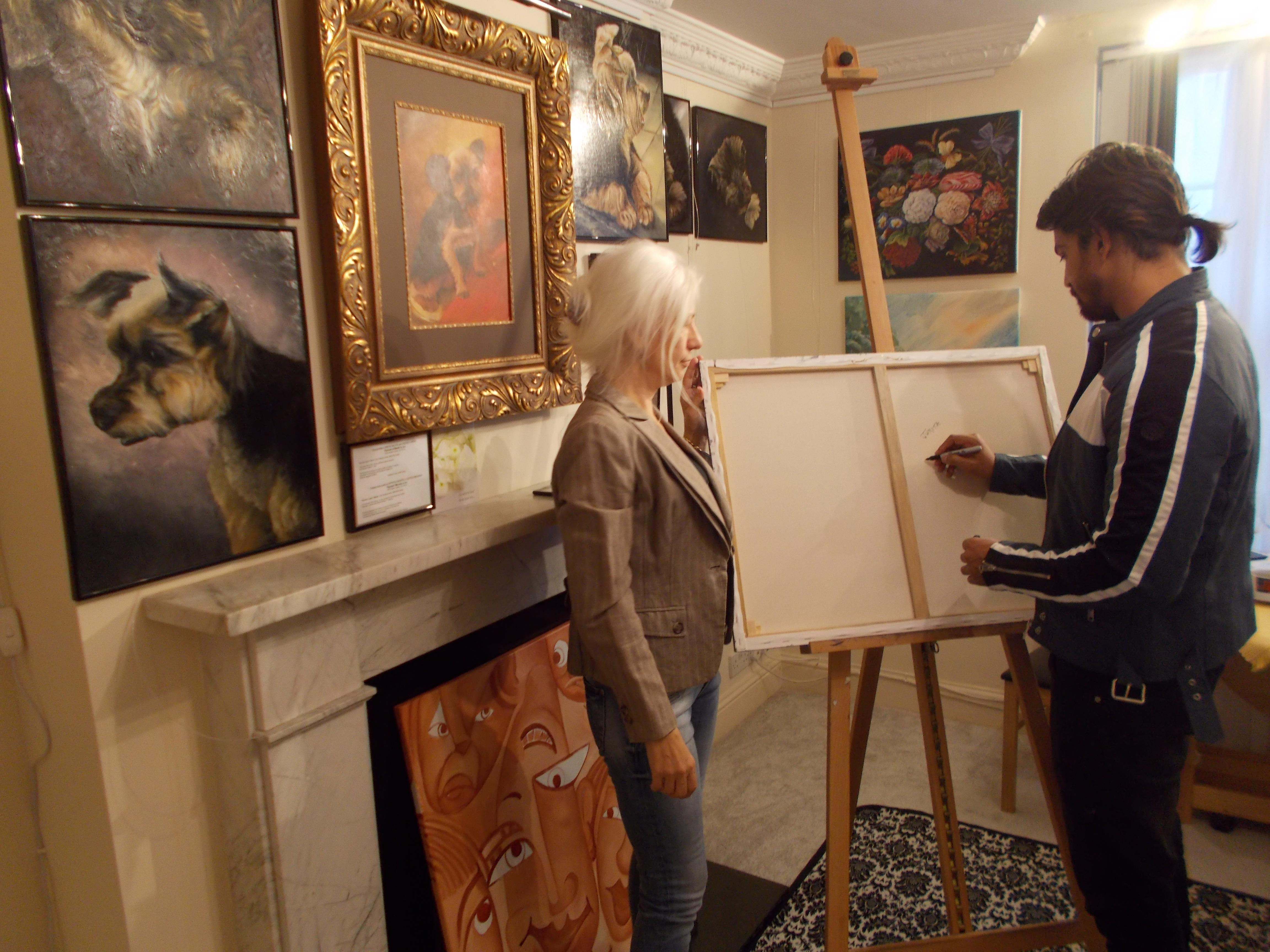 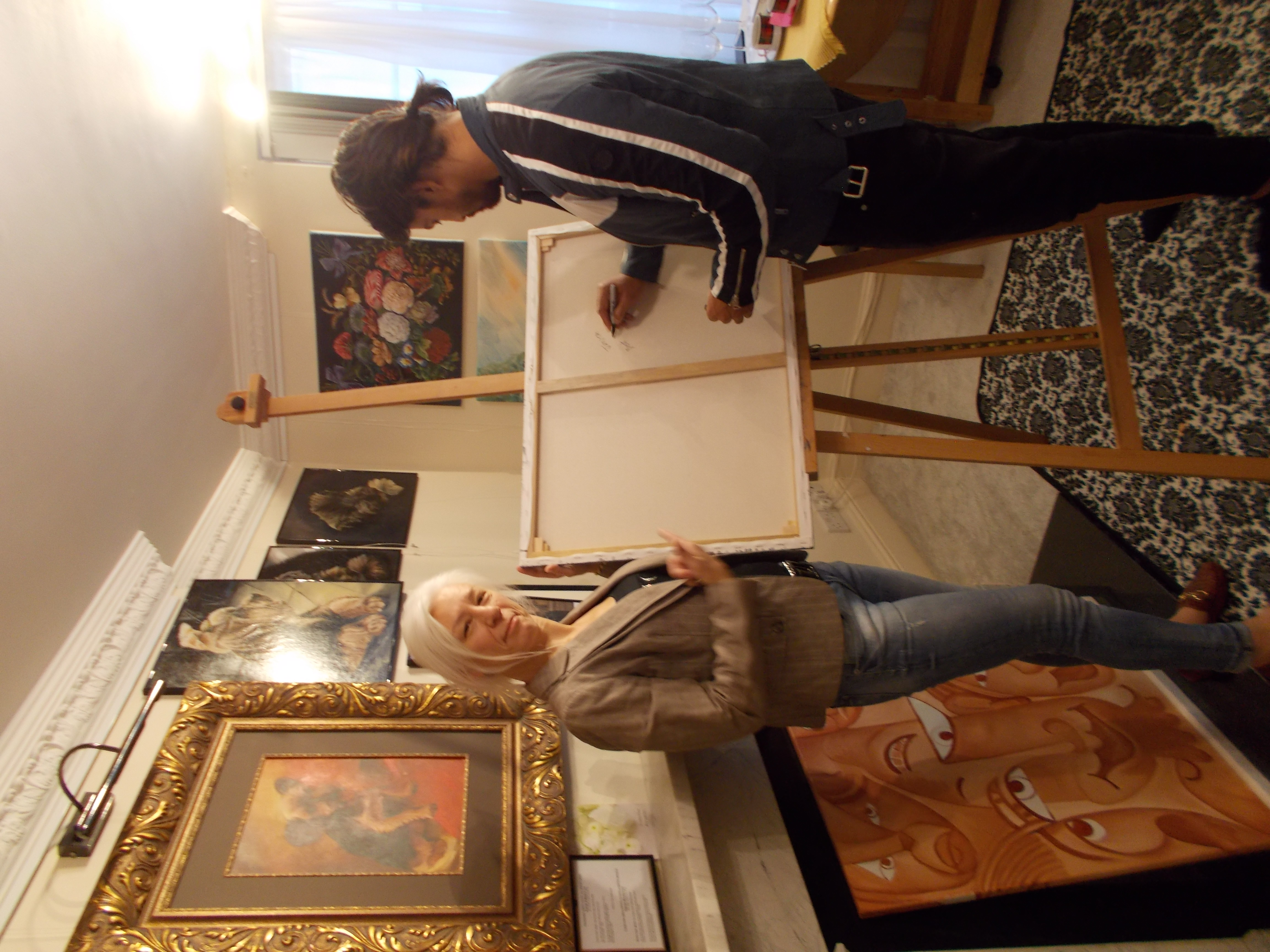 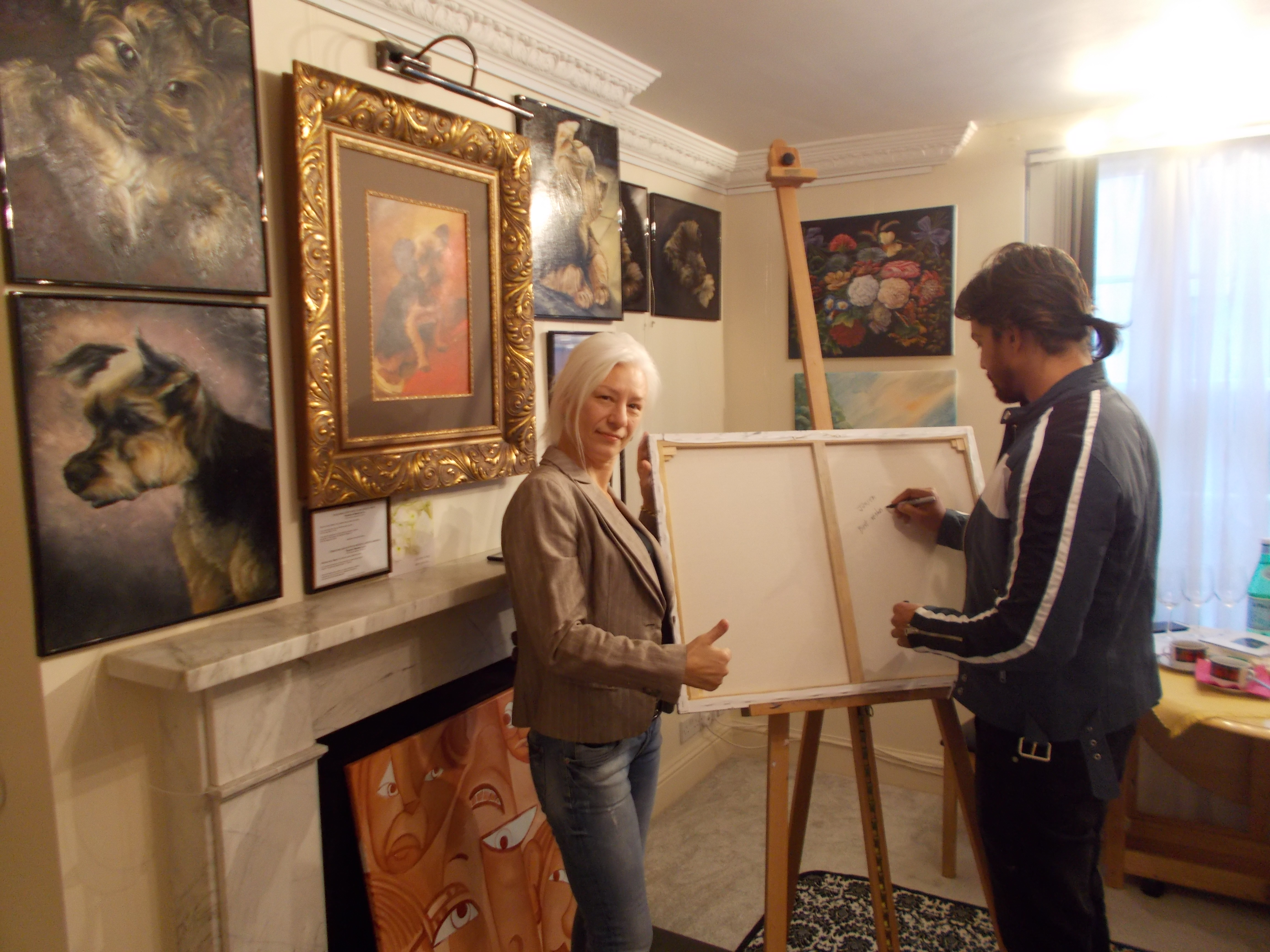 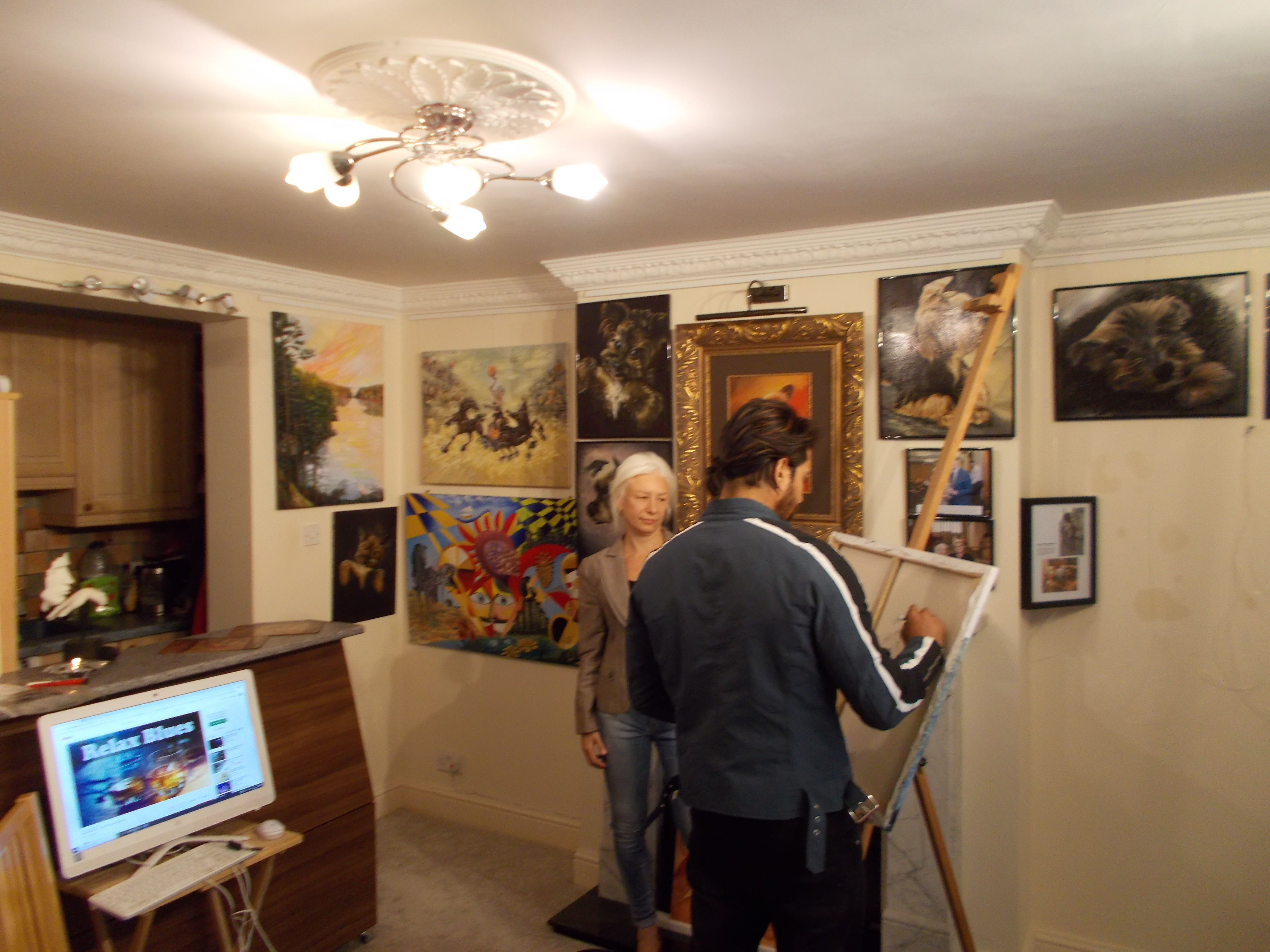 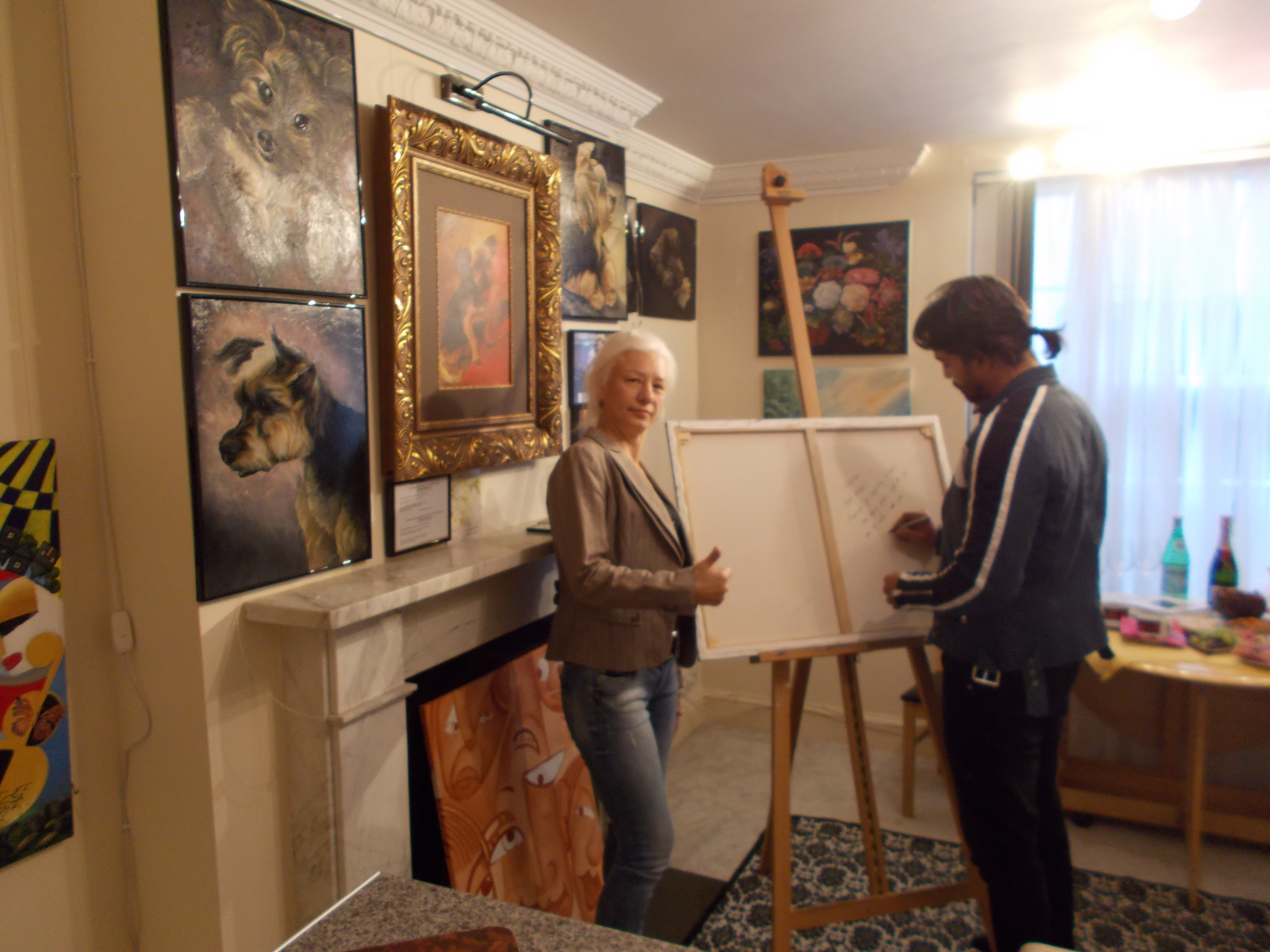 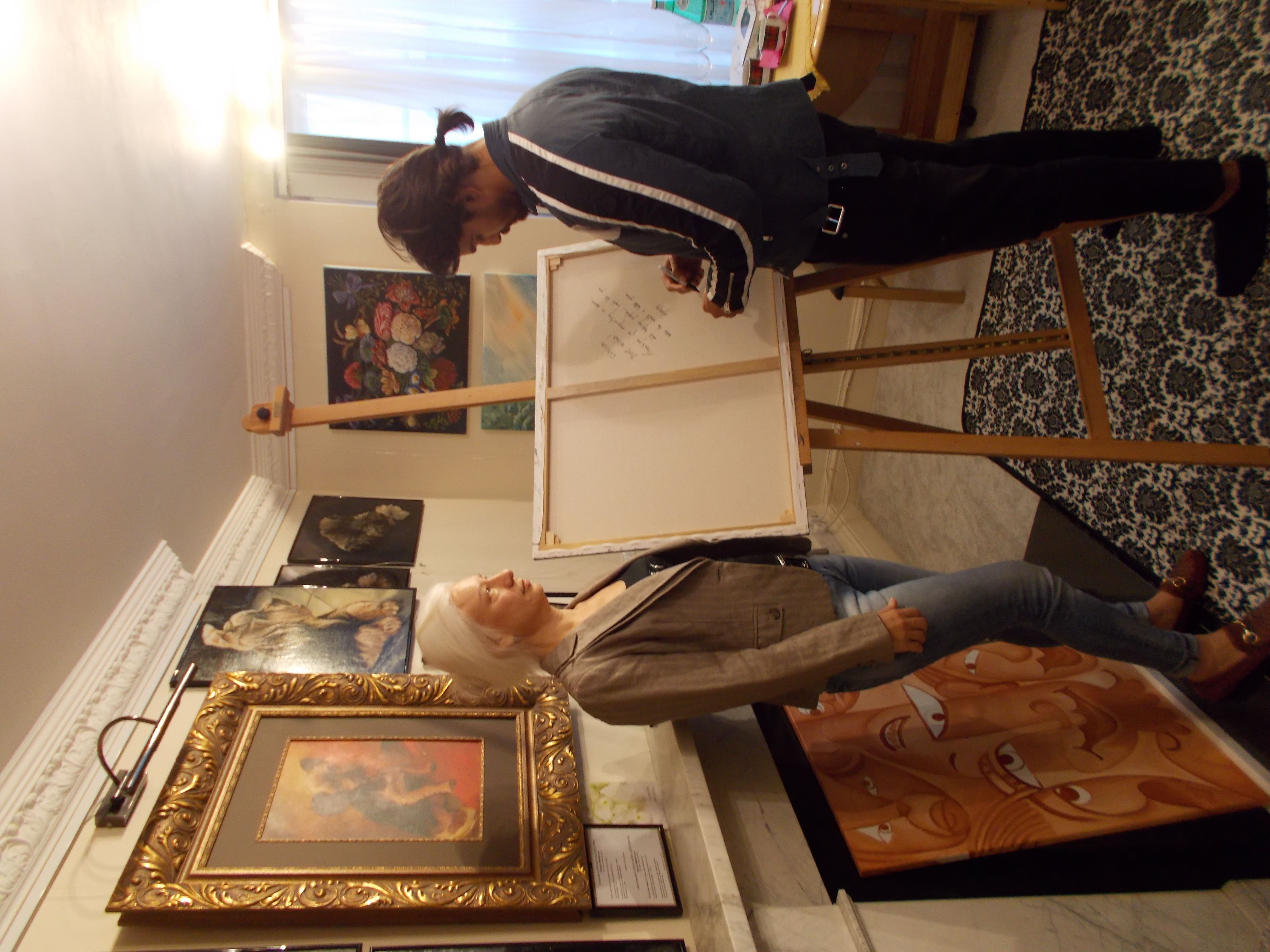 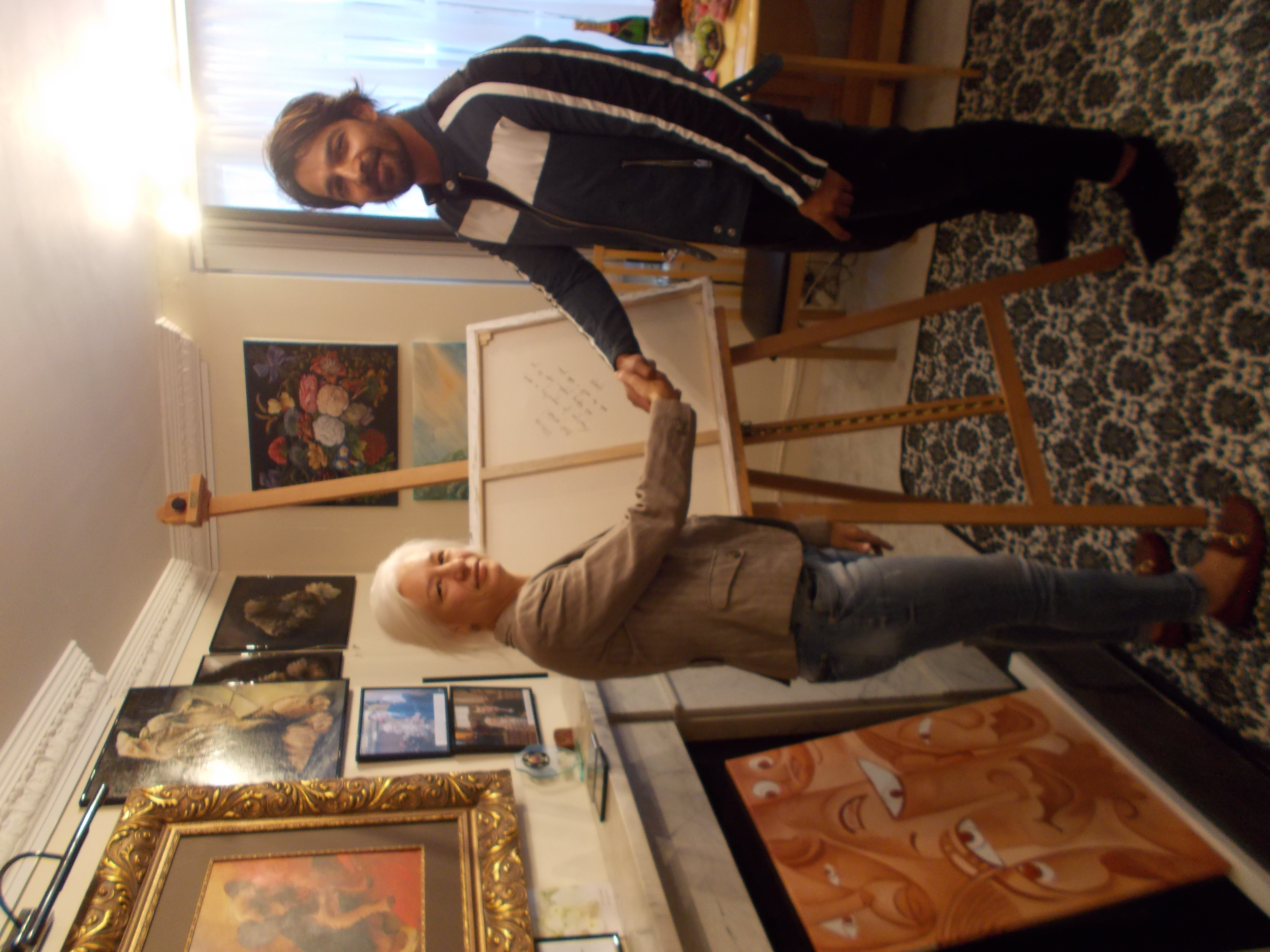 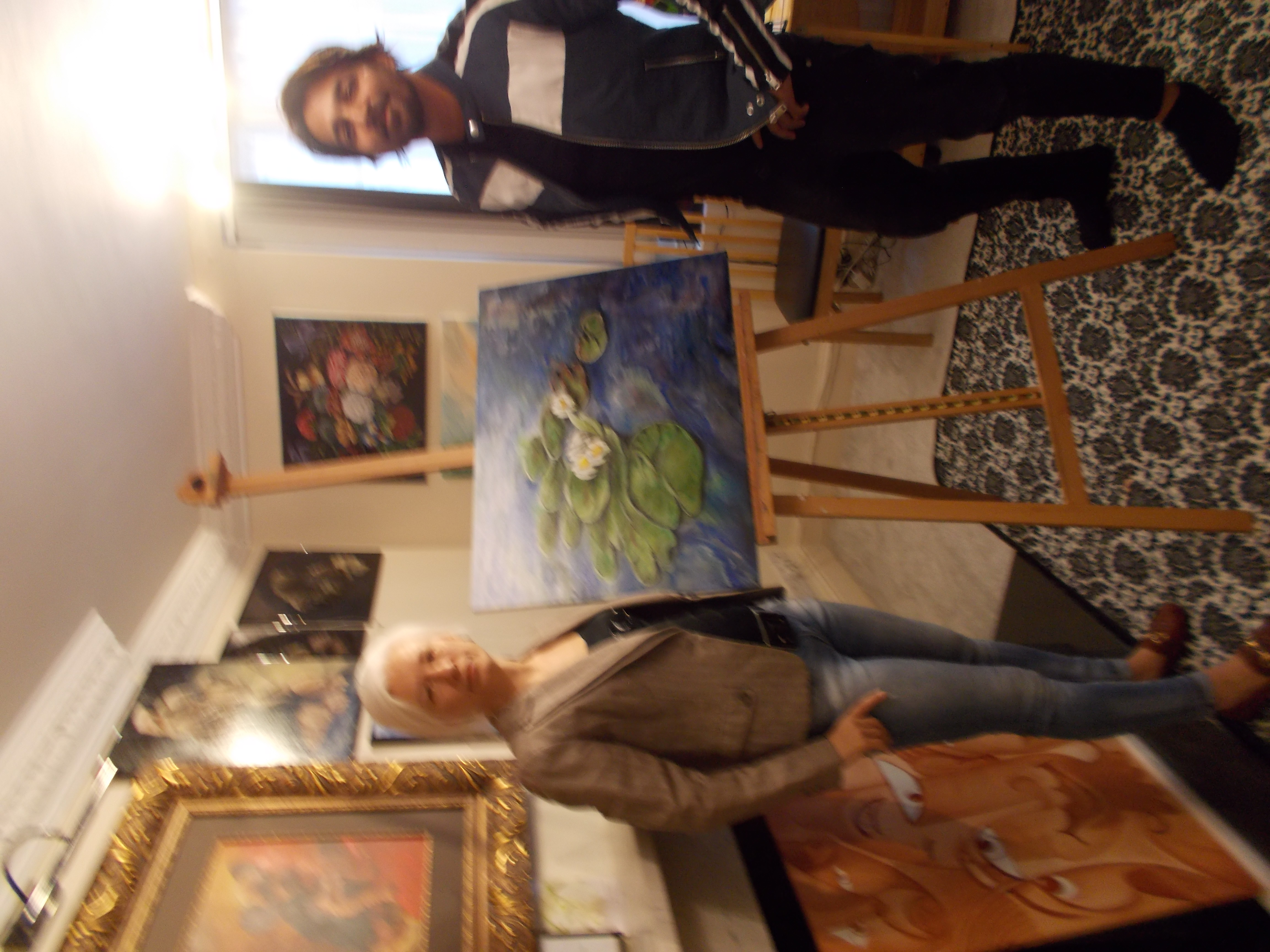 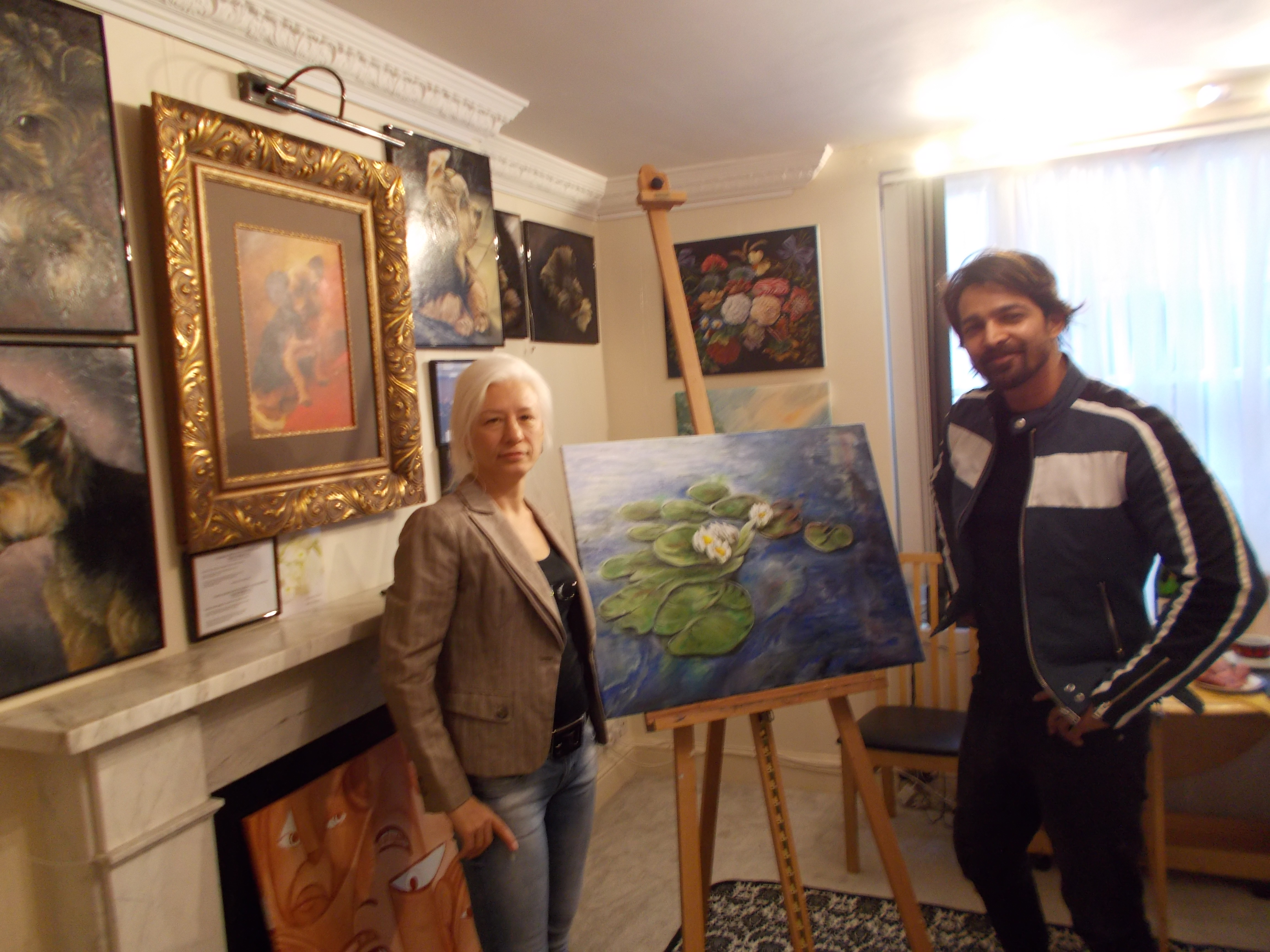 Title of the work: Water Lilies

On the back side world’s Famous Artist Harshavardhan Rane message: “Jurita Best Wishes! Thank you for supporting a cause, and helping people… people like you make the world a better place. Harsh”

“Water Lilies” is one of the work from a “Harshavardhan Rane series” of approximately few oil paintings by British artist Jurita (1966).

The paintings depict her flower garden at her home in London, and were the main focus of her artistic production during the day when Harsh Rene arriving in her home for filmed in September 2019.

For a full day, an art team of several people prepared and filmed Harshavardhan Rane (born 16 December 1983) the world famous an Indian film actor known for his works in Telugu cinema.

Several staff went back and forth around the Lady Ju Gallery apartment and everyone went about their things: they prepared the set, ironed the costumes, applied the make-up on the actor.

Lady Ju Gallery turned into a movie set for one day, there was a big anthill all day.

The artist Jurita was in centre of this business and worked on the painting for few days and drawing her expresses emotions about filmed day with Harsh Rene.

Here Jurita tried to convey to the viewer the clear Rene’s a pure soul like this beautiful white lilies.

Technically, the work was performed impeccably.

Has a cultural art collection value asshowing story of her exhibitions.

2019  – permanent display in the Lady Ju Gallery in London.