On the back side world’s Famous Artist Harshavardhan Rane message: “Harshvardhan Rane 24 September 2019, Somewhere in the outskirts of Manchester on the curvy roads 1250CC. Jurita London”. 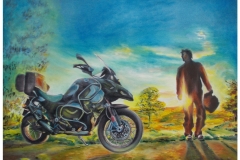 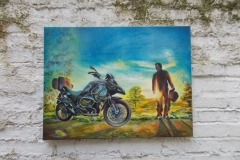 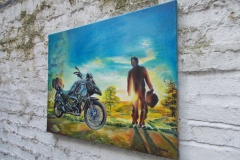 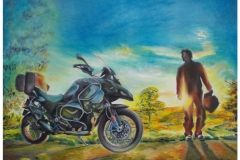 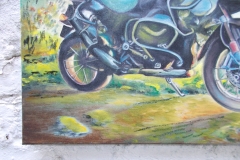 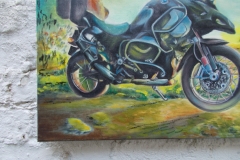 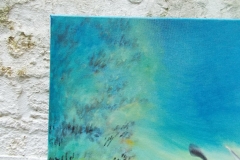 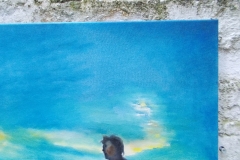 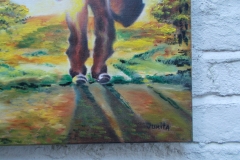 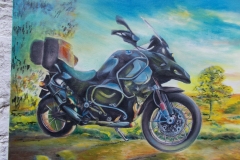 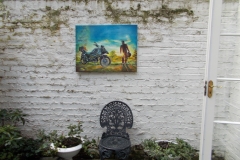 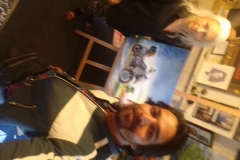 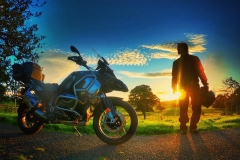 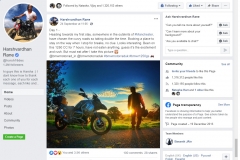 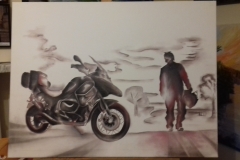 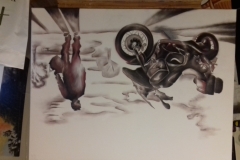 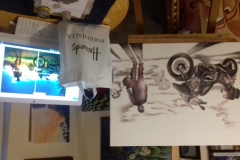 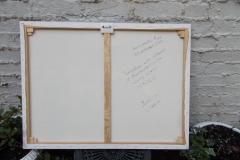 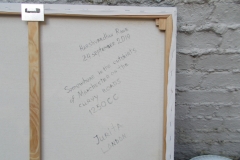 Harshvardhan Rane is up to something unique. In September 2019 he’s riding on a motorbike across the United Kingdom as a part of an audition for an adventurous Bollywood film based around motorcycle. “Roads where flat, bike was tank, coffee black and stays unique”, – said Harsh in one of his social media posts.

The actor had posted some amazing pictures from his voyage which he termed as a dream ride.
This painting of photo of Harshvardhan Rane from the Isle Of Skye in Scotland.

He rode solo over two weeks from London Lady Ju Gallery to Scotland, he covered thousands of kilometres on the road. In one of his social media posts, he had written, “This dream ride across the United Kingdom is going to be my audition for a motorcycle film that I really want to be in and cannot talk about until I get selected. All you riders out there, please keep me in your prayers and your head in the helmet. Ride safe.”

After such an amazing and scenic audition, I have no doubts that the actor will bag this dream film.