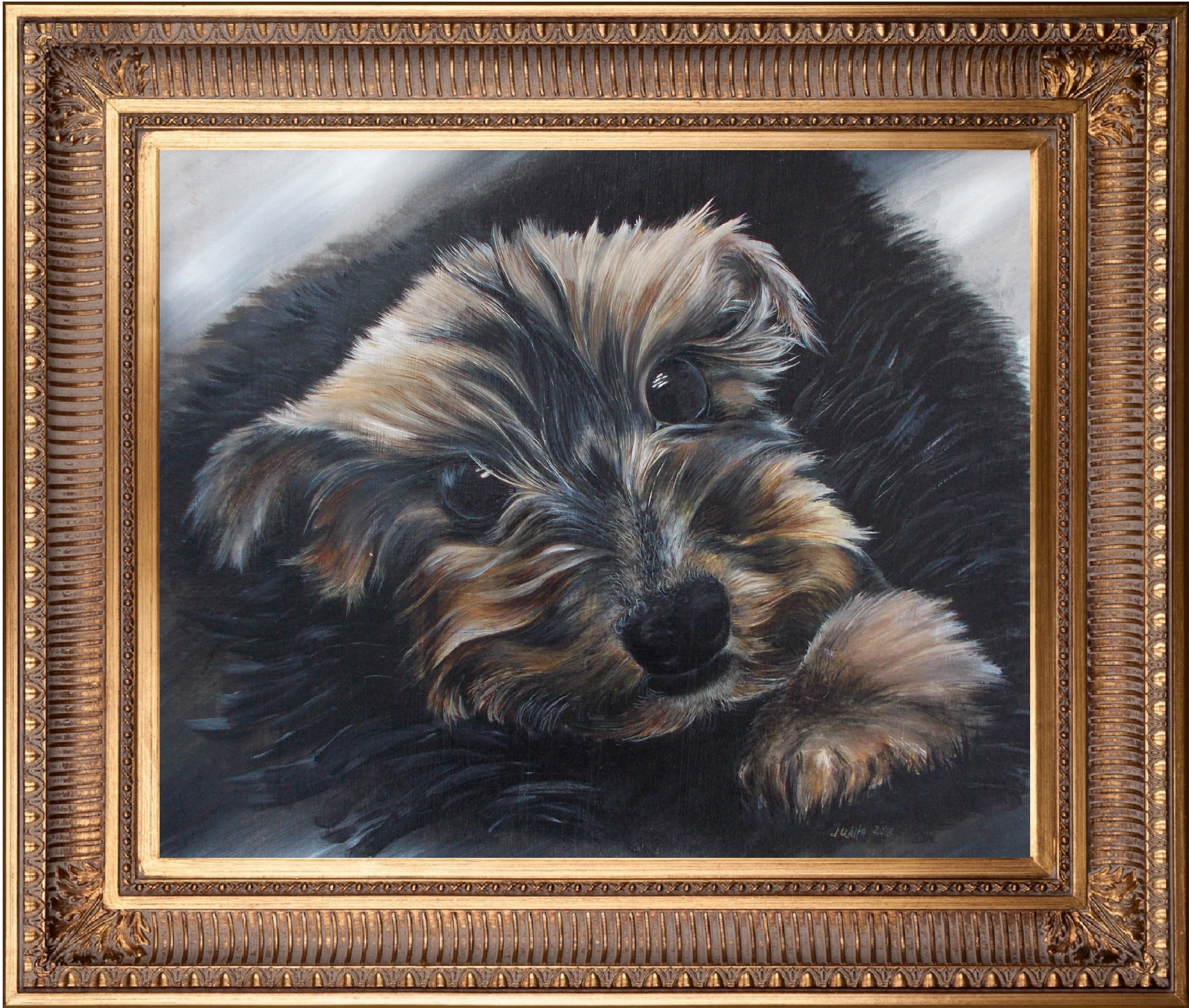 Is there another painting in the world, made from the sad tears of an artist who survived a heavy loss?
Is there another such symbol in the world of the great sacrificial love of human and animal and animal to human? ..When the artist, Ms. Jurita, began to collaborate with the
Natasha Hart MBE, founder of the Newham All Star Sports Academy (NASSA), Cavalier of the Order of the British Empire, the first and only Russian woman who received an award from the hands of Queen Elizabeth II, her project was the Art and Basketball project, and she had direct contact with young basketball players became the source of her sports series of works. Jurita’s faithful friend, a dog named Bad Boy Tyler, was infinitely happy to be present during their lovely meetings. He always made them happy with his presence, with his love to people that over time he became a everyone’s favorite.

But once this faithful dog went into the rainbow … This clever little puppy had a big brave heart. The children did not know that the doctors found a tumor, and in Jurita this disease receded. The dog saved the mistress …

How to relieve the pain of loss?
An emotional impulse to draw, hope, at least in the picture, to see your favorite look and feel the closeness and warmth of a sweet creature. With sadness, she took her brush and color and plunged her pain into the canvas, the life story of the faithful and beautiful dog Bad Boy Tyler and the artist. So the oil painting “My dog ​​Bad Boy Tyler” was born. This painting is washed by the tears of the artist in the process of its creation. Every month, Ms. Jurita visits the place of memory of this faithful dog on the seaside, in the south of England.

All the friends’ gazes at her seemed to be calling to make sure that everyone knew about this brave, kind and loyal dog, let Tyler continue to bring light and joy to people.
Tyler’s photo of the painting and the fabulous story spread across social networks.

Such paintings are not sold at the exhibition, this painting cannot be sold, because friends can not be sold.
Jurita decided to exhibit this painting at the Art and Basketball exhibition in November 2019 in London and, together with Natasha Hart and the athletes, present this painting to Queen Elizabeth II, knowing Her Majesty’s love for dogs. This is a good message of support “with good wishes to Her Majesty Queen Elizabeth II and her family at this time” from artist Jurita Natasha Hart and NASSA athletes.

Jurita, wanted people to never forget British “fidelity” to animals.
The portrait “My dog Bad Boy Tyler” we hope will become a symbol of British fidelity to animals and will attract even more fans.