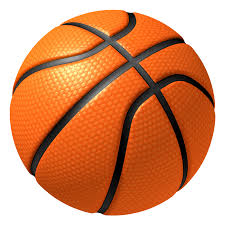 Basketball and The Arts 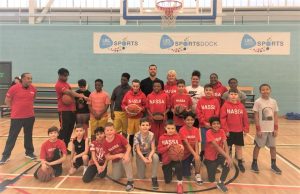 EVENT PROGRAMME:
9:30-11:00      NASSA training session
10:30-12:15     Opportunity for the NASSA young people to show off their art skills                                   and  creative talents using the basketball court as their inspiration
10:50                 Welcome from NASSA founder Natasha Hart MBE
11:05 – 11:20     Dance performed by the students of Natalia Kremen Ballet School
11:20 – 11:45     Musical performance by folk group “Russian Souvenir”
11:45 – 12:15      Prize giving and closing speeches
BASKETBALL MEETS THE ARTS
The purpose of this cultural event is to strengthen the links between sport and the arts, using art as a bridge of peace and friendship.
NASSA will be presented with donations of artwork from international artists Sergei Minin (Estonia), Jurita Kalite (Kalitis) (UK) and Miguel Angel Acosta Lara (Mexico).
The event will also showcase what NASSA does for the young people of east London.
Memories and moments of the event will be captured by professional photographers Vladimir Edemsky, Ilyas Ayub and Olegs Caupjonoks.
NEWHAM ALL STAR SPORTS ACADEMY (NASSA)
NASSA was founded as a charity in 2006 after Natasha Hart took her two sons to a local park in the London Borough of Newham to teach them the game of basketball. They loved it, their friends loved it and so did young people who spent their time hanging about in the park.
those sessions spawned a charity which provides local young people with the chance to play basketball in a safe, fun environment while being mentored on subjects such as the dangers of knife crime and gang culture.
NASSA now reaches 1,000 local schoolchildren each week, it has 150 members and it runs coaching qualifications programmes which are providing east London with its next generation of ambitious and enthusiastic sport coaches.
NASSA was named overall Charity of the Year in the Charity Awards 2014.

Sergei is an artist, restorer, icon painter and curator of the Lady Ju Gallery in Westminster.
His works have been displayed in over 200 exhibitions around the world, including in his native Estonia.

He has won many awards for his art, but his greatest contribution to his passion was his work in the African country of Angola. Sergei spent 10 years in Angola as a volunteer offering free art classes to young people in the impoverished county, donating money where he could to schools and sharing his love of art in order to inspire others.

JURITA KALITE (KALITIS)
Jurita is a web design professional who id devoted to the arts. Having earned a Certificate in University of Tel Aviv, she continues to learn about contemporary art and design on courses throughout London.
She founded Lady Ju Gallery in 2016 and has since been involved in the development of the gallery and the integration of new technologies in the art field. Her experience working in galleries includes liaising with artists and their representatives, sales, social media promotion and organising exhibitions. She is inspired by working with artists – their passion fuels her own.
Showcase:
Painters:
Sergei Minin www.sergeiminin.co.uk
Jurita Kalite www.ladyjugallery.co.uk
Photographers:
Vladimir Edemsky  www.ladyjugallery.co.uk
Miguel Angel Acosta Lara  www.miguelangelacostalara.com
Ilyas Ayub  www.ilyasayub.com
For future information about the Academy and the international pilot project “Basketball and The Arts”, please contact project manager Jurita Kalite at jurita.kalite@googlemail.com or visit her website www.LadyJuGallery.co.uk
For more information on NASSA, please contact Natasha Hart MBE on 07947 401616 or visit the NASSA website – www.nassasports.org.uk

Art Auctions & Private Sales – Artwork from private collection New project by Jurita and Olegs Caupjonoks a series of artworks “Zodiac Signs in Art Painting”. Artists who create work together and be based within England. The original idea called “Body Energy” included only a couple of artworks. But everything changed after assistant Oleg offered his new[...]
View Calendar
Add