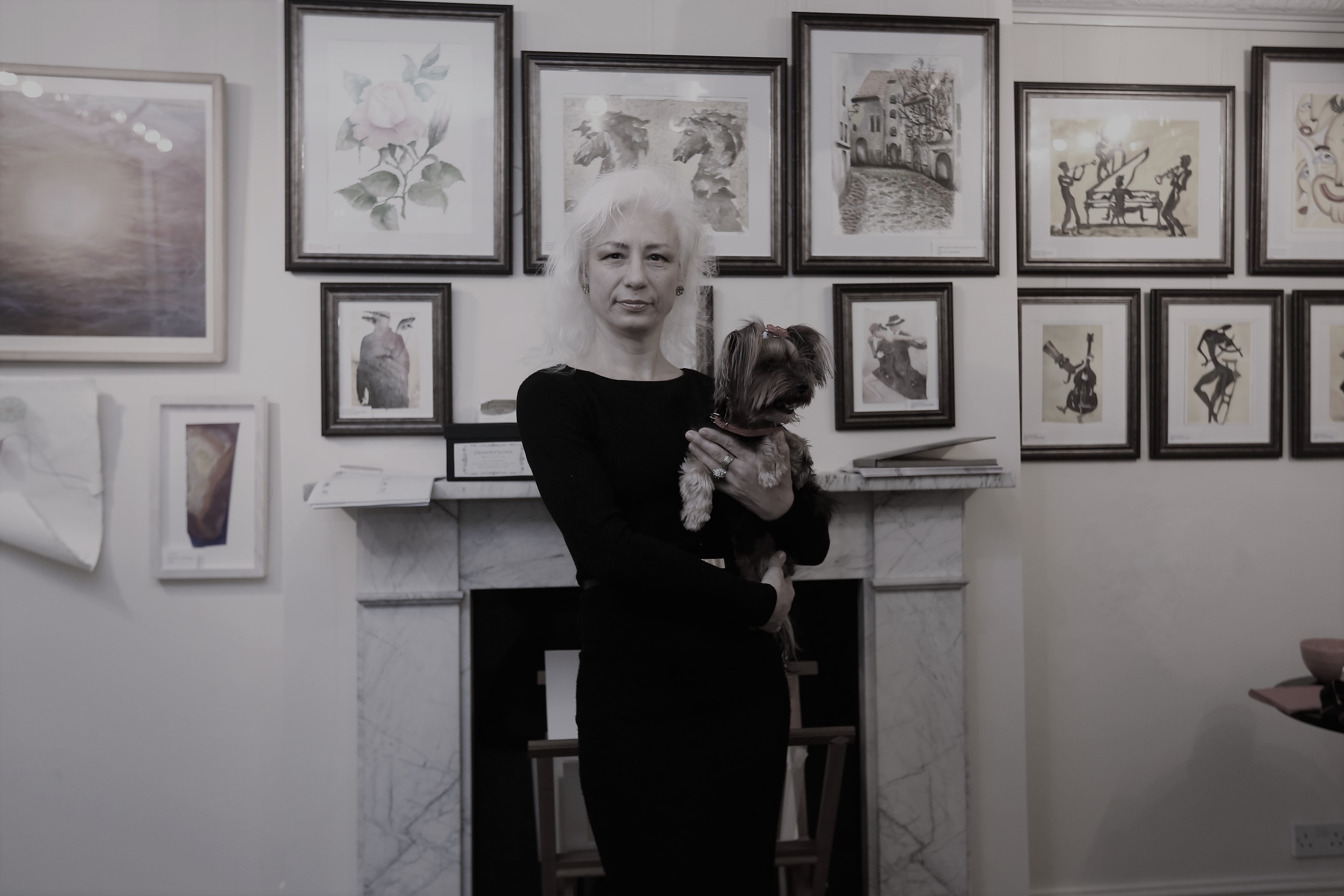 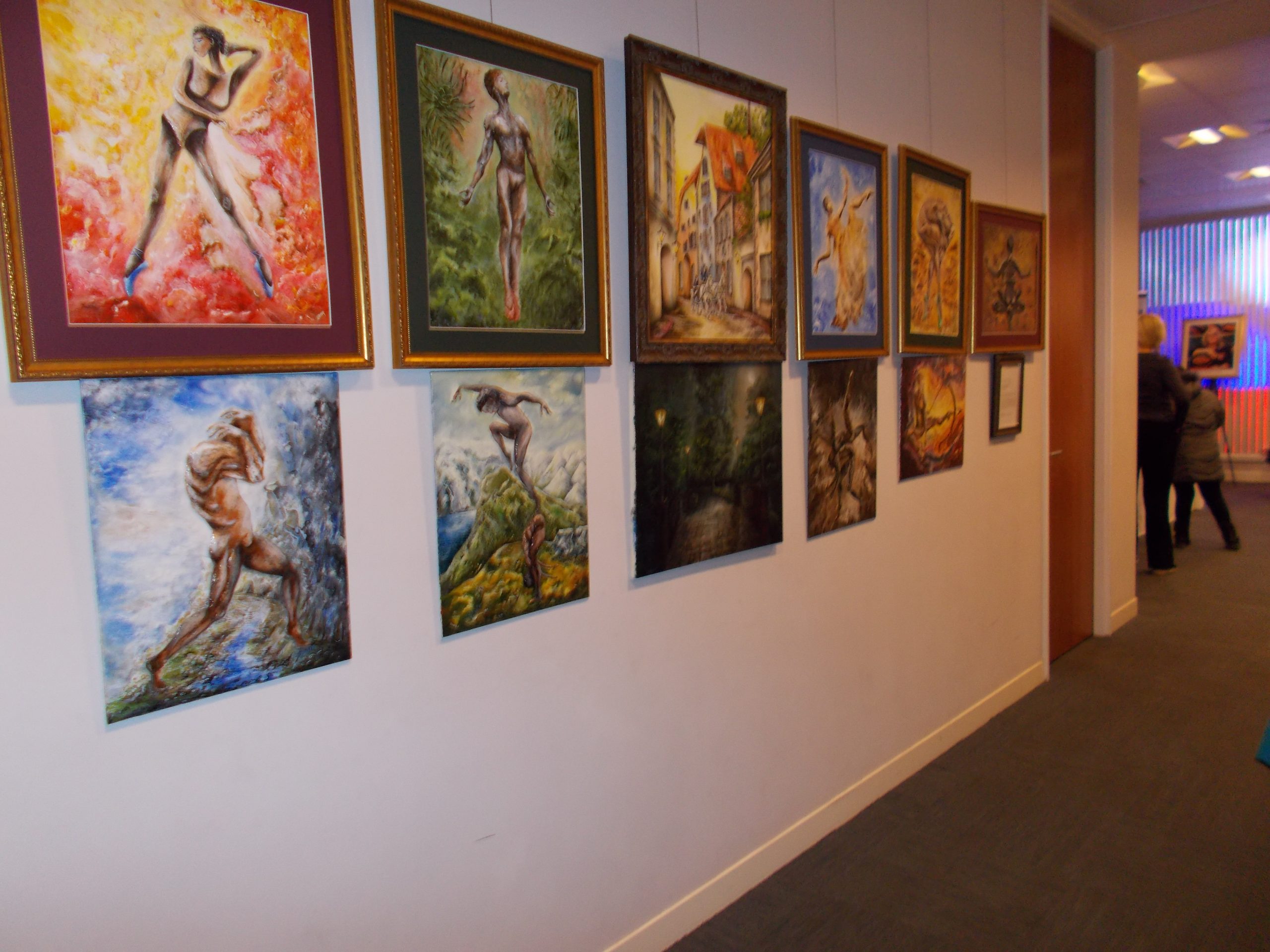 The “Lady Ju Gallery” is a Jurita’s artist private Gallery of Collection of The 21st (twenty-first) century Russian and East European Paintings.

Jurita, Founder of the Gallery which bears her name, a woman of vision. She dedicated her collection to “the encouragement of World genius,” a step consistent with her role as one of the collectors of contemporary Russian-East European art.

Ms. Jurita, a native of USSR was born in Baltic country in 1966, went to work for the USSR military department of the USSR. In 1991 she is beginning travel over the world for the several years. In London she stay for the permanent living and to concentrate on her philanthropic interests.

Greatly appreciating the work of contemporary artist, Ms. Jurita to design the first house for her private collection and named “Lady Ju”. Why named as “Lady Ju”? “Lady Ju” is a nick-name of Jurita (“Ju” – Jurita) founder private art gallery – a place where everyone is welcome to see artist artworks. It planned exclusively as an private art gallery. The gallery was registered in UK on 2016. As the Lady Ju Gallery’s collections increased it became to show exhibition.

The nucleus of the collection of Russian-East European paintings in The Lady Ju Gallery of Art was formed by its Founder early in the first half of the twenty-one century.

First six (6) paintings were catalogued in 2019 by Jurita, a gallery owner. Here are the six artworks images you’ll see at the side this text.

The oil portrait of artist dog “Bad Boy Tyler” is Jurita’s kind message of support for Her Majesty The Queen Elizabeth II and her family at time Coronavirus (COVID-19). Jurita’s family dog Bad Boy Tyler is on artist’s oil painting honouring Her Majesty love to dogs, that she created in 2018 in London’s Art Studio. The painting was completed in early December at a time when Jurita was convalescing from a severe relapse in her health some two months after his death. This artwork was exhibit at the “Jurita – My Art Story” exhibition in November 2019 in London Art Gallery in Knightsbridge.

Since that time, the Directors and Boards of Trustees have greatly augmented this collection of Art paintings, which now numbers and several works include of watercolors.

In accordance with the wishes of Ms.Jurita, the Directors and Staff of the Gallery have always placed special emphasis on collecting and exhibiting the work of Russian and East European artists to make the collection comprehensive in its coverage of art of the 18th, 19th and 20th centuries, and the collection will includes examples of the work of almost all major Russian and East European painters.

In this cases an artist Jurita is represented by a group of works which demonstrates her development throughout her career and which also shows the variety of her subject matter.

The Lady Ju Gallery of Art in time of its existence, the remains a private institution, receiving no government appropriations or financial support from Local Authority.

Further enrichment of the permanent collection depends upon private gifts, bequests and on purchases from the limited income from the Gallery’s invested funds which can be applied to this purpose.

Major works by artists not represented in the Gallery’s collection are being constantly added.

These and subsequent additions will greatly enrich the Gallery’s holdings and contribute further to the diversity and depth of the collection.